Vladimir Putin Calls US a 'Parasite' on World Economy 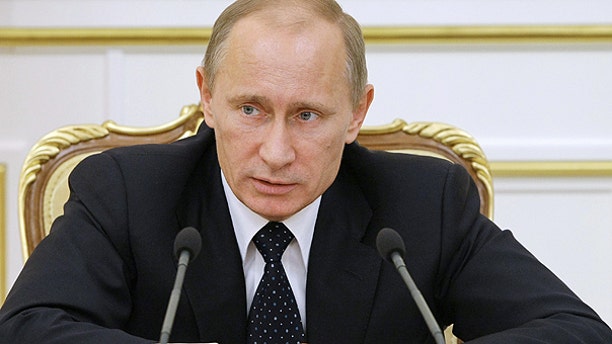 SELIGER, Russia -- Russian Prime Minister Vladimir Putin on Monday accused the United States of acting as a "parasite" on the world economy by accumulating massive debts that threaten the global financial system.

"The country is living in debt. It is not living within its means, shifting the weight of responsibility on other countries and in a way acting as a parasite," Putin told a group of pro-Kremlin youth in central Russia.

He also suggested that Washington may have been flirting with the idea of a default in order to weaken the dollar "and create better conditions for exporting their goods."

"But they had enough common sense and responsibility" to avoid a default, Russia's former president added.

Putin has repeatedly criticized the United States' recent foreign exchange policy and its tendency to cover budget deficits with treasury bills and bonds held by sovereign clients such as China and Russia.

The value of that paper will shrink if U.S. debt is downgraded by a major Western ratings agency and Putin was insistent Monday that the world should be seeking new reserve currencies for trade and savings.

"If the U.S. encounters a systemic malfunction, this affects everyone," Putin told the youth gathering. "There should be other reserve currencies."