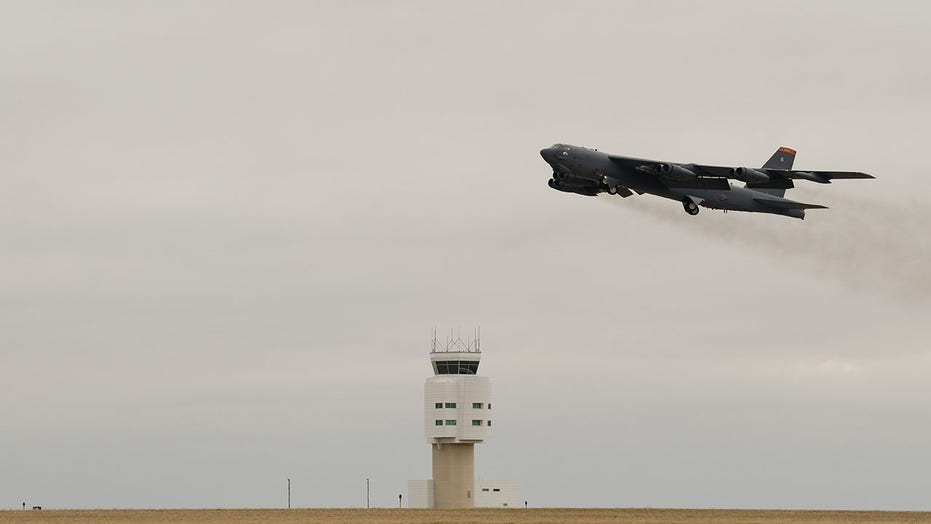 The U.S. military withdrawal from Afghanistan has begun, just as the Taliban ramp up bombings in the region.

President Biden pushed back the initial May deadline set by the Trump administration, instead aiming to withdraw all troops by Sept. 11. Around 2,500 American troops currently operate within the country.

SULLIVAN PROMISES BIDEN 'NOT GOING TO TAKE HIS EYE OFF THE BALL' WITH AFGHANISTAN, DESPITE GOP CONCERNS

The move has received bipartisan backlash, with Senate Minority Leader Mitch McConnell, R-Ky., saying it would be a "grave mistake" to withdraw before ensuring the Taliban had been defeated.

"Leaders in both parties, including me, offered criticism when the prior administration floated the concept of a reckless withdrawal from Syria and Afghanistan," McConnell said, referring to the original Trump administration timeline.

A B-52H Stratofortress assigned to the 5th Bomb Wing, Minot Air Force Base, North Dakota, arrives April 26, 2021, at Al Udeid Air Base, Qatar. Two B-52 aircraft arrived April 26, joining the additional B-52 bombers that arrived April 23. The bombers are deployed to protect U.S. and coalition forces as they conduct drawdown operations from Afghanistan. U.S. Central Command is committed to providing the necessary force protection to ensure the drawdown is conducted in a safe and orderly manner. (U.S. Air Force photo by Staff Sgt. Kylee Gardner)

Now, the U.S. has started the final withdrawal of troops from Afghanistan.

"I now have a set of orders," Gen. Austin S. Miller, the head of the coalition in Afghanistan, said Sunday at a news conference at the U.S. military's headquarters in Kabul. "We will conduct an orderly withdrawal from Afghanistan and that means transitioning bases and equipment to the Afghan security forces."

The Taliban have continued their activity in the region even as the U.S pushes for peace talks: The Ministry of Interior reported that the Taliban conducted 62 bomb blasts and six suicide bombings in the last 11 days, killing 63 civilians and wounding 180 more, according to TOLO News, an Afghanistan-based news agency.

Former President George W. Bush warned last week that the decision to withdraw troops from the country would provide opportunities to the Taliban that he hoped the U.S. would not come to regret.

"My first reaction was, wow, these girls are going to have real trouble with the Taliban," Bush said. "A lot of gains have been made, and so I'm deeply concerned about the plight of women and girls in that country." 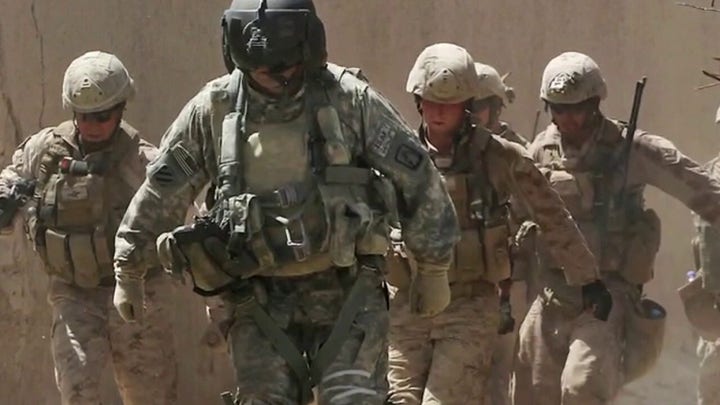 He added: "I think the administration hopes that the girls are going be OK through diplomacy. We'll find out. All I know is the Taliban, when they had the run of the place, they were brutal."

Biden has maintained that his withdrawal timeline is based on consultation with experts, Congress and allies on the world stage.

"I am now the fourth American president to preside over an American troop presence in Afghanistan. Two Republicans. Two Democrats," Biden said. "I will not pass this responsibility to a fifth."