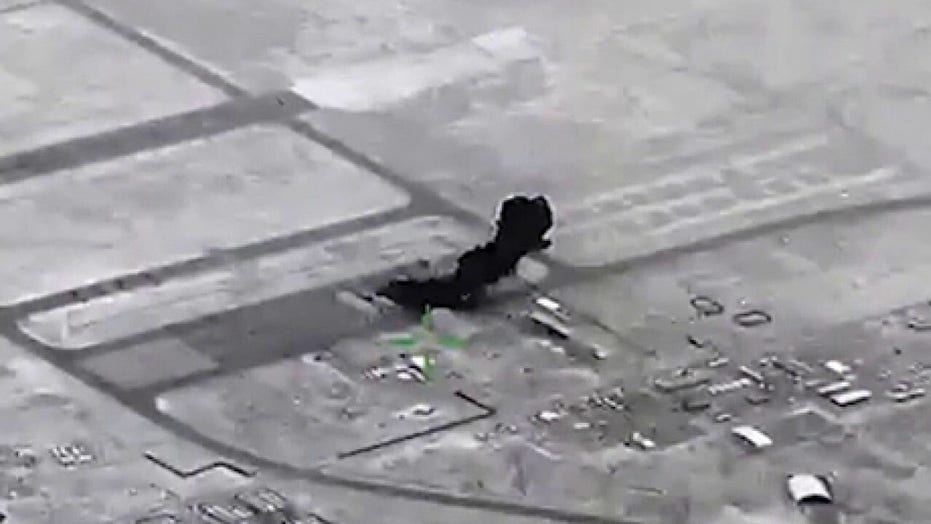 Lucas Tomlinson reports from the Pentagon with an update after rockets hit Ain al-Asad base.

Two American warships continued to be out of action in Bahrain on Thursday amid heightened tensions with Iran following a spate of rocket attacks on American troops in Iraq and a U.S. airstrike in Syria late last week.

A spokesman for the U.S. Navy’s 5th Fleet said roughly a total of 40 crew members aboard both the amphibious transport ship USS San Diego and guided-missile cruiser USS Philippine Sea have tested positive for the coronavirus. Dozens more sailors have been isolated from both ships after having close contact with the crew members that tested positive.

Since late last week, both ships remain docked at piers in Bahrain, an Arab state in the Persian Gulf and home to the 5th Fleet.

On Feb. 27, the Navy began to vaccinate personnel on board both warships and a "majority" of crews on both ships have volunteered to receive the first dose of the Moderna vaccine, 5th Fleet spokeswoman Cmdr. Rebecca Rebarich said in an email to Fox News.

"[Both] ships are able to get underway, as needed" she added.

But it’s not just the Middle East where the Navy is feeling the coronavirus strain.

OIL SPILL INTO MEDITERRANEAN MAY HAVE IRAN CONNECTION, ISRAEL SAYS

Roughly 200 midshipmen at the U.S. Naval Academy were moved to two hotels in downtown Annapolis this week following a coronavirus outbreak likely stemming from Valentine’s Day, according to school officials.

It’s not clear if any of the midshipmen have fallen ill.

Beginning Monday, all classes will be held virtually for at least 10 days, academy officials said.

All Naval Academy athletics also have been suspended, except for men’s and women’s basketball.