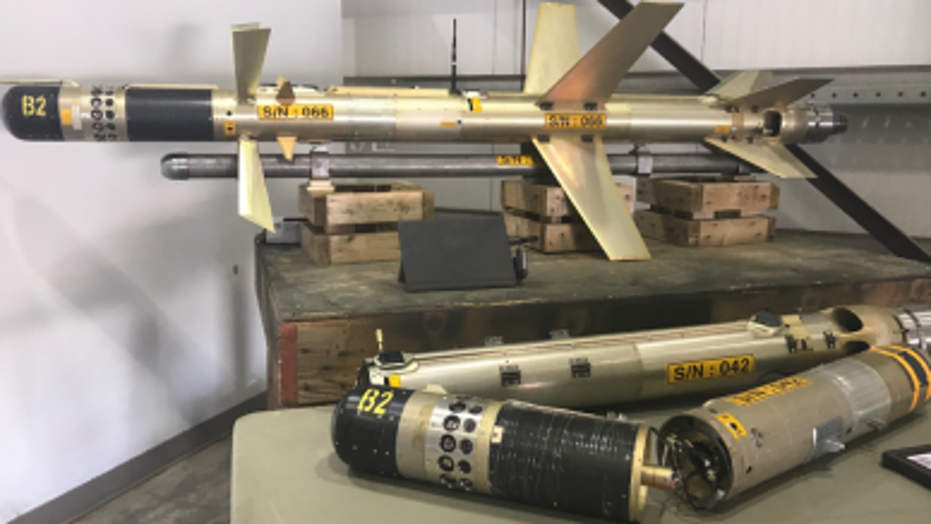 The Justice Department announced court filings Thursday in a formal bid to force the forfeiture of multiple shipments of Iranian missiles bound for Yemen and for the sale of oil bound for Venezuela that the U.S. Navy has confiscated.

The Navy took control of the contraband in international waters, the DOJ said Thursday.

“The two forfeiture complaints allege sophisticated schemes by the IRGC [Iran’s Islamic Revolutionary Guard Corps] to secretly ship weapons to Yemen and fuel to Venezuela, countries that pose grave threats to the security and stability of their respective regions,” Assistant U.S. Attorney General John Demers said in a statement. “Iran continues to be a leading state sponsor of terrorism and a worldwide destabilizing force. “

Demers added “with great satisfaction” that the funds taken from the fuel sales would go to benefit the United States Victims of State Sponsored Terrorism Fund.

The missiles had been seized in separate interdictions on Nov. 25, 2019, and on Feb. 9, 2020. The Navy confiscated surface-to-air missiles and anti-tank guided missiles, according to the DOJ. Authorities also said the Navy had confiscated other weapons components and enough blasting caps to “approximately” supply the U.S. military forces for a year, “leading law enforcement to believe these blasting caps were intended for a large military force.”

Some of the weapons had been integrated with “U.S.-origin components,” according to court documents.

Ships under the U.S. Navy Central Command had seized the weapons from flagless vessels in the Arabian Sea, according to the DOJ. They came as part of a broader investigation into an Iranian weapons smuggling network, authorities said.

In early July, federal investigators obtained warrants to seize more than 1.1 million barrels of Iranian oil from four Venezuelan-bound tankers that were transporting it in violation of U.S. sanctions.

Investigators said they caught the tankers with falsely identified cargo that had been obtained through ship-to-ship transfers to disguise its origin.

The complaint alleged that Mahmoud Madanipour, an Iranian businessman with ties to the IRGC, and a separate United Arab Emirates-based trading company, arranged the shipments and attempted to conceal Iranian and IRGC involvement.

Alireza Miryousefi, a spokesman for the Iranian mission to the United Nations, tweeted that the seizure was “piracy, pure and simple.”

Demers said Thursday that the oil and missile seizures were "the government’s largest-ever civil seizures of fuel and weapons from Iran."