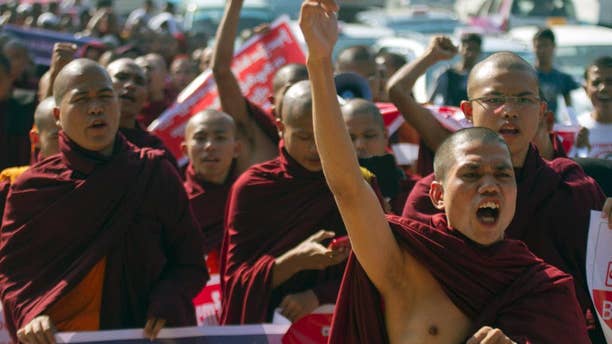 The top U.S. human rights official has warned Myanmar that efforts to use religion to divide the population are like "playing with fire."

Tom Malinowski, wrapping up a six-day visit on Friday, says it is "exposing the country to dangers that it is not prepared to face."

Myanmar's former military rulers handed power to a quasi-civilian government three years ago. But the optimism that accompanied the transition — including the release of political prisoners and the freeing up of the media — has started to fade.

More than 140,000 Rohingya Muslims are living in camps since being chased from their homes by deadly violence three years ago.

The government is considering laws to curb interfaith marriage and limit religious conversion.