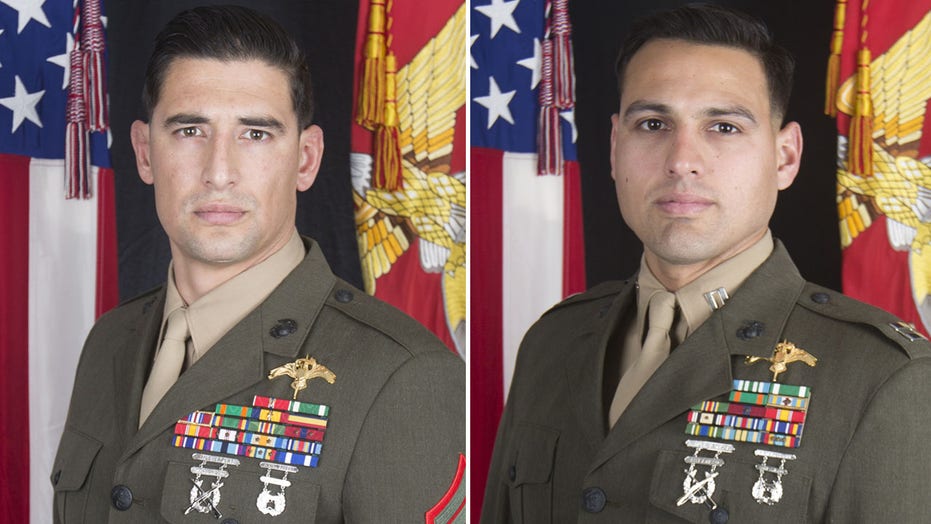 Two U.S. Marines killed by “enemy forces” during a mission to eliminate an ISIS terrorist stronghold in north-central Iraq on Sunday have been identified.

Gunnery Sgt. Diego D. Pongo, 34, of Simi Valley, Calif., and Capt. Moises A. Navas, 34, of Germantown, Md., were supporting Iraqi Security Forces in a mountainous area of Iraq as part of Operation Inherent Resolve, the Department of Defense said Tuesday.

Both Marines were assigned to the 2nd Marine Raider Battalion, Marine Forces Special Operations Command out of Camp Lejeune in N.C.

Pongo, left, and Navas were killed Sunday while accompanying Iraqi Security Forces on a mission to eliminate an ISIS terrorist stronghold. (Department of Defense)

The U.S.-led coalition launched additional forces to recover the bodies from the southern Makhmur Mountains, about 37 miles (60km) south of Erbil, coalition spokesman Col. Myles Caggins said in a statement.

As the forces trekked across the mountainous terrain, they eliminated four hostile ISIS fighters who were barricaded in caves, Caggins said. The full recovery operation took about six hours.

The deaths of Pongo and Navas marked the first U.S. troops to be killed in Iraq this year. The last American to be killed in action in Iraq was a U.S. Marine in August 2019.