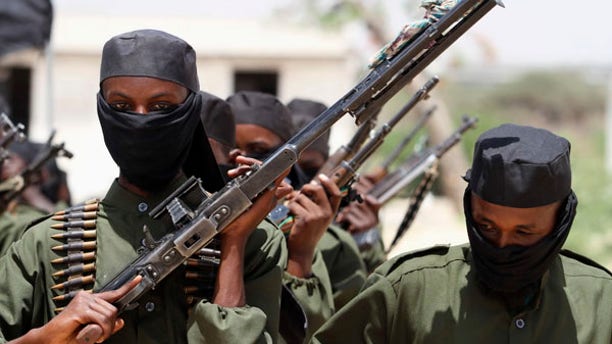 New recruits from the al-Shabaab terror group march during a parade. (Reuters)

The U.S. military carried out another round of drone strikes in Somalia Wednesday.

Hundreds of U.S. soldiers have returned to Somalia for the first time since the "Black Hawk Down" incident in the early 1990s.

In March, President Trump gave the military the go-ahead to conduct offensive drone strikes in Somalia.