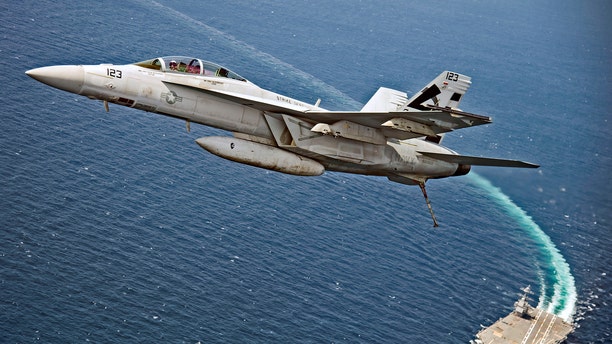 Multiple U.S Navy F/A-18 jets were dispatched on Sunday to escort two Russian TU-95 bombers away from the ship currently stationed near North Korea and operating in the Sea of Japan, according to Navy officials who spoke with Military.com.

The Russian bombers, capable of executing a nuclear strike, were intercepted merely 80 miles away from the ship, said Navy officials.

Lt. Cmdr. Nicole Schwegman described the incident with the Russian air force on Sunday as “safe and professional,” according to Military.com. 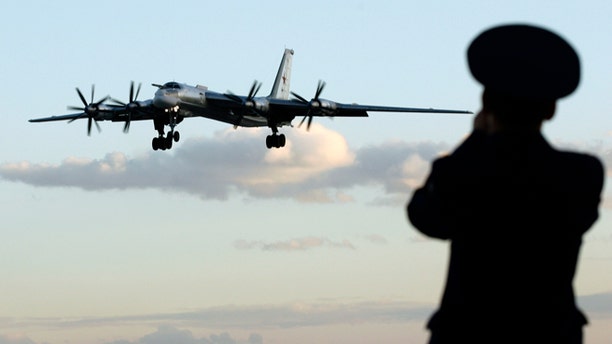 The Russian Ministry of Defense acknowledged the situation on Monday, claiming the U.S. and Japanese aircrafts escorted their “missile-carrying Tupolev-95MS strategic bombers during their flights over international waters of the Sea of Japan and the Pacific Ocean,” according to TASS news agency.

“Two strategic bombers Tupolev-95MS of Russia’s Aerospace Force have carried out routine flights over international waters of the Sea of Japan and the western part of the Pacific Ocean,” Russian officials said.

Both Russia and the U.S. have sent their nuclear bomber near North Korea amid increasing tension between the rogue North Korean regime and the U.S. and its allies in the region.

Last weekend, an U.S. B-2 stealth bomber equipped with nuclear strike capabilities flew over undisclosed parts of the Pacific region ahead of President Trump’s visit to Japan and South Korea.

The bomber made rounds to “familiarize aircrew with air bases and operations in different geographic combatant commands, enabling them to maintain a high state of readiness and proficiency” and meant to show the “commitment to our allies and enhancing regional security,” according to a U.S. military statement.

Most incidents involving interception cause little trouble to the forces, but occasionally such incidents can be deemed confrontational.

Last June, a Russian jet came dangerously close to a U.S. Air Force reconnaissance aircraft, with U.S. officials slamming the encounter as “provocative” in its maneuvers and accused the Russian jet flying “erratically.”