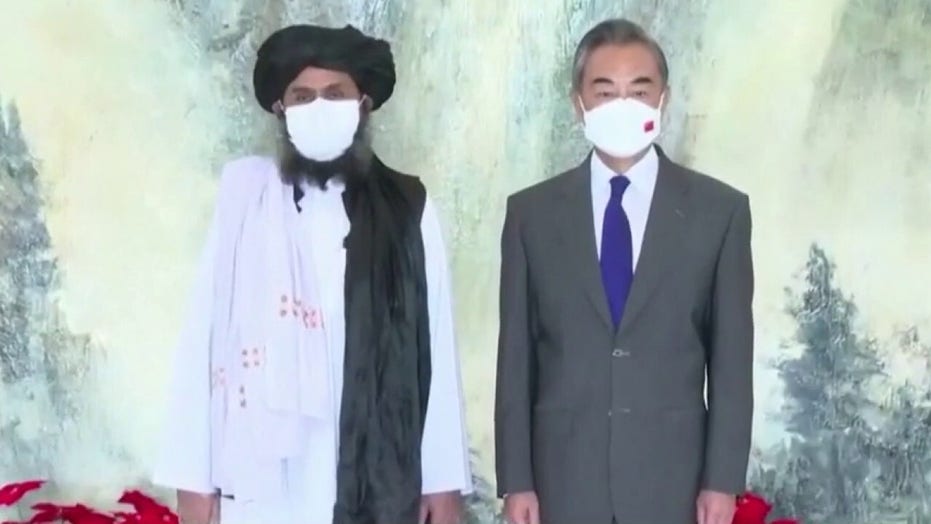 China and Taliban officials meet as US exits Afghanistan

At least one security guard was killed in Afghanistan Friday after the Taliban attacked the central United Nations compound in the western province of Herat.

U.N. Assistance Mission in Afghanistan (UNAMA) said the attack was carried out by "Anti-Government Elements" at the compound's entrances.

A statement by the U.N. said it is "urgently seeking to establish a full picture about the attack and for this purpose is in contact with the relevant parties."

Afghan government forces reportedly engaged with the Taliban during Friday’s attack, resulting in the death of one Afghan police guard and injuring two other officers.

No U.N. personal were injured.

"This attack against the United Nations is deplorable and we condemn it in the strongest terms," Deborah Lyons, the United Nations Secretary-General’s Special Representative for Afghanistan said. "Our first thoughts are with the family of the officer slain and we wish a speedy recovery to those injured."

International law prohibits attacks on U.N. personal or its compounds, which means Friday’s attack could amount to a war crime.

"The perpetrators of this attack must be identified and brought to account," Lyons said.

A Taliban spokesperson said the compound was "not under any threat" and alleged the attack could have been the result of a "crossfire."

"It is possible that guards could have sustained harm in crossfire due to close proximity of the office to the fighting," Zabihullah Mujahid, said on Twitter.

The Taliban have made advances across Afghanistan in the weeks following the U.S. troop withdrawal in conclusion to the 20-year long war.

Despite some continued air support from the U.S., the insurgent group has gained control of roughly half of Afghanistan's 421 districts.

Secretary of State Antony Blinken did not comment on the Friday attack, but in a statement following the arrival of a group of former Afghan allies in the U.S., he said the administration's work in Afghanistan "endures."

"The United States will continue to use the full force of our diplomatic, economic, and development toolkit to support the Afghan people in their pursuit of a just and durable peace and to preserve the gains of the past 20 years, particularly those made by women, girls, and minorities," he said.