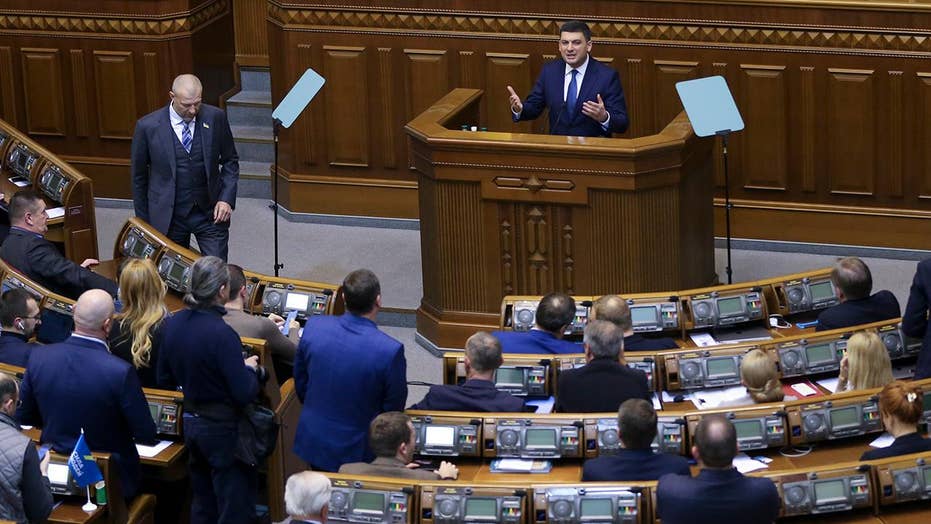 The Ukrainian ships, along with their crews, were seized by Russian coast guard ships.

Ukraine's navy said six sailors were wounded after Russian coast guards opened fire on the three Ukrainian ships near the Kerch Strait — the only outlet for Ukrainian vessels to the Black Sea — and then seized them. Ukraine is demanding the release of the ships and crewmen.

Martial law in the country is set to include a partial mobilization and strengthening of the country's air defense. The measures before parliament also included vaguely worded steps such as "strengthening" anti-terrorism measures and "information security."

Confrontation near Crimea prompts protests outside the Russian embassy in Ukraine.

Speaking at an emergency meeting of the United Nations Security Council on Monday, U.S. Ambassador to the U.N. Nikki Haley called Russia's reported actions an “outrageous violation of sovereign Ukrainian territory,” saying they marked “yet another reckless Russian escalation.”

Ukraine and Russia have been locked in a stalemate since Moscow annexed Crimea in 2014.

The incident came after months of incidents in the Sea of Azov that involved inspections and seizures of ships. While a 2003 treaty designates the Kerch Strait and Sea of Azov as shared territorial waters, Russia has sought to assert greater control over the passage since the annexation of Crimea.