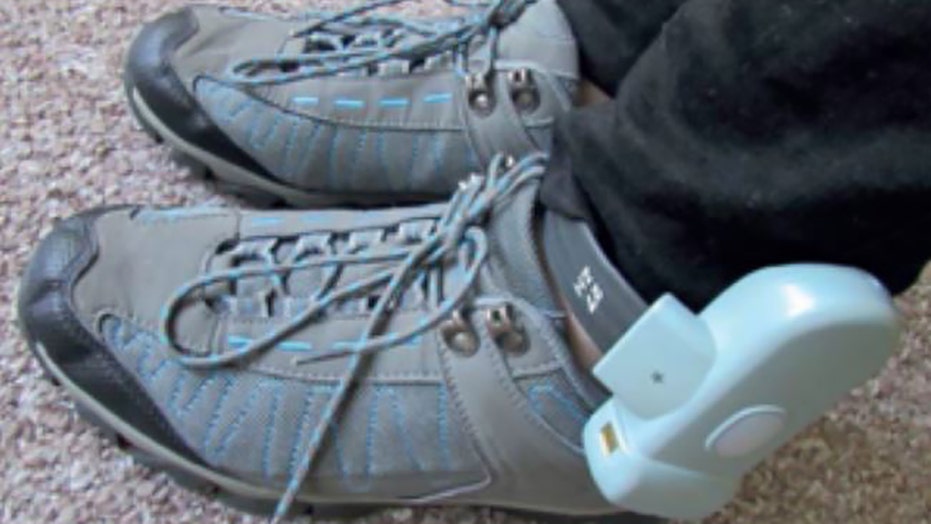 Burglars, thieves, and robbers in the United Kingdom will be forced to wear GPS tags to track their movements as a deterrent for repeat offenses, officials said Wednesday.

Offenders who served a prison sentence of a year or more will be fitted with a tag upon their release. They will be monitored by GPS satellites 24 hours a day for up to 12 months, according to a news release by the Ministry of Justice (MOJ).

"Being burgled or robbed is devastating and I understand how frustrating it is when the perpetrators can’t be caught, both for the public and the police," said Minister for Crime and Policing Kit Malthouse. "Tagging these prolific offenders so we know where they are 24 hours a day should be powerful persuasion to change their ways and will help police find and charge them if they don’t."

Burglars, thieves, and robbers in the United Kingdom will be made to wear GPS tags (Ministry of Justice)

Police will work with HM Prison and Probation Service staff -- an executive agency of the MOJ responsible for the correctional services in England and Wales -- to investigate whether the tagged offenders were in the areas of recent crimes.

The scheme will initially launch in Avon and Somerset, Cheshire, Gloucestershire, Gwent, Humberside and West Midlands -- six police force areas -- on April 12. Officials estimate 250 offenders will be tagged in the first six months.

The MOJ says it will be extended to a further 13 areas in September.

The tag announcement comes as more than half of those convicted of theft and burglary commit additional crimes within a year and nearly 80% of cases result in no suspect being identified, according to the release.

Officials say the tags will protect the public from further burglaries and thefts and force "these career criminals to choose a more honest way of making a living."

However, criminal defense solicitor Nick Freeman told Sky News it could be a waste of taxpayers' money.

"The technology isn't foolproof, burglars are very adept at working their way around it," Freeman said. "Also, the tag is visible. It may be a badge of honor, or it may be a stigma. People may be ashamed of walking around the streets with a tag on because it's actually highlighting that someone is a criminal."

Officials hope the tags will reduce an estimated £4.8 billion ($5.7 billion) burden "such crimes place on the taxpayer every year," the release added.

Sobriety tags have already been launched in Wales to monitor drinking and tackle alcohol-fueled crime.