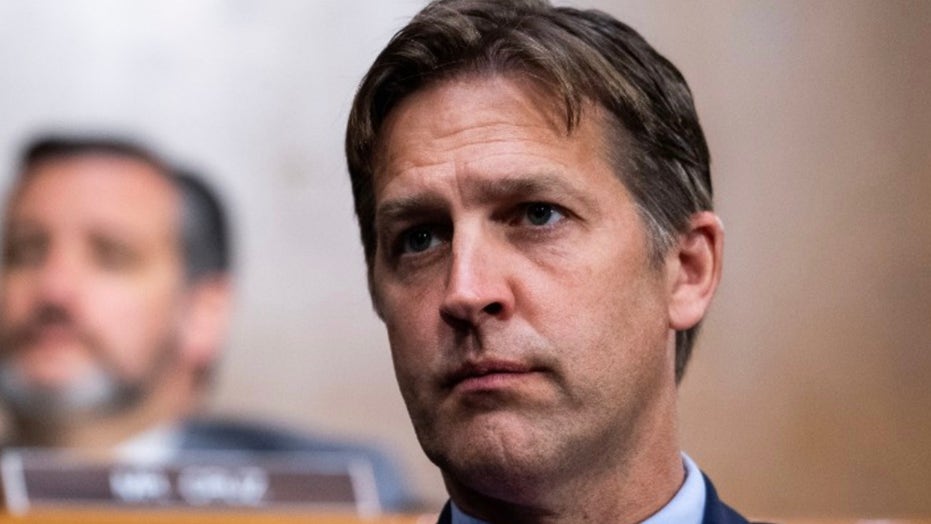 What Sen Ben Sasse is saying after reports reveal the UK will freeze Huawei out of 5G networks.

Britain announced Tuesday its decision to prohibit the Chinese telecommunication company Huawei, from playing a role in the U.K.’s access to the highspeed, 5G cellular network.

“With this decision, the U.K. joins a growing list of countries from around the world that are standing up for their national security by prohibiting the use of untrusted, high-risk vendors,” U.S. Secretary of State Mike Pompeo said Tuesday.

“We will continue to work with our British friends on fostering a secure and vibrant 5G ecosystem, which is critical to transatlantic security and prosperity.”

British officials said their decision to backtrack on Huawei plans was largely due to the U.S.’s sanctions that made it nearly impossible to ensure the security of the equipment being made.

The U.S. also warned that they would likely sever intelligence sharing if the U.K. adopted Huawei products, citing national security concerns relating to China’s capability for surveillance and monitoring of personal data and intelligence through the 5G network.

“Whether the U.K. will provide an open, fair and non-discriminatory environment for Chinese businesses offers a telling clue to how the post-Brexit British market will perform and how secure China's investment will be in that country,” Foreign Ministry Spokesperson Zhao Lijian said in a press conference Tuesday. “So, we will be closely following the situation.”

Culture Secretary Oliver Dowden reportedly told Parliament Tuesday that the decision would likely delay and increase rollout costs in the U.K. by $2.5 billion.

CHINA ACCUSES US OF 'INCITING CONFRONTATION’ IN SOUTH CHINA SEA

“This has not been an easy decision, but it is the right one,” he said.

The announcement will mean that all British telecom operators will be required to stop purchasing Huawei equipment by the end of this year. The companies have until 2027 to completely eliminate Huawei gear that has already been incorporated in their network, which is currently under construction.

The U.K. has joined the Czech Republic, Denmark, Estonia, Latvia, Poland, Romania, and Sweden in banning Huawei products from their future 5G networks.

“Clean carriers like Jio in India, Telstra in Australia, SK and KT in South Korea, NTT in Japan, and others have also prohibited the use of Huawei equipment in their networks,” Pompeo said in his statement Tuesday.

5G is expected to increase the speed and accessibility of not only cellular services but is expected to usher in new changes to self-driving cars, rural surgeries and potentially, factory robots.

Prime Minister Boris Johnson agreed in January to grant Huawei a limited role in the development of 5G in the U.K. Huawei was limited to providing just 35 percent of the equipment needed, so long as it was not a part of the core components of the system.

The U.S. imposed sanctions in May that barred any company from using American made machinery or software needed to create microchips for Huawei.

U.S. security officials have cited concerns that the Chinese government could demand access from the telecom company’s foreign networks that it would theoretically help to build, as in the case of Britain.

Huawei U.K. Vice President Jeremy Thompson told The Associated Press that he thinks the decision will put “Britain into the digital slow lane, push up bills and deepen the digital divide.”

“The American motive for these activities is one of protecting American jobs,” Thompson said.