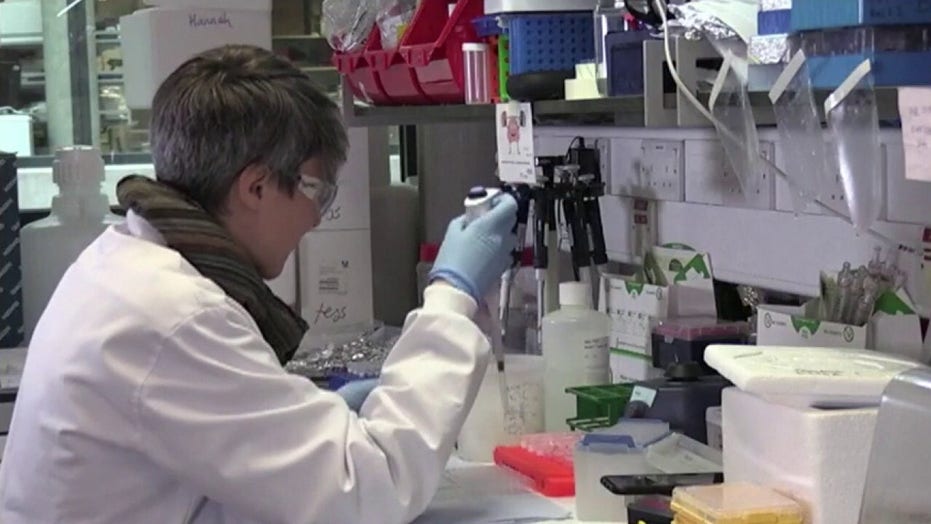 Developing a vaccine for the coronavirus could prove difficult due to the declining number of infections, researchers in Britain have warned.

Reports that Oxford was proceeding to the second stage of human trials for its coronavirus vaccine, which would see the number of participants rise to 10,000 people, were met with optimism. Oxford’s Jenner Institute is working with drug company Astra Zeneca to develop a vaccine.

The government projected that the vaccine, if successful, could deliver 30 million doses by September. However, scientists involved with the study have given interviews with separate London-based newspapers warning that initial projections may prove to be optimistic.

The main issue, they say, is that the virus may be disappearing too fast for the studies to produce “meaningful results.”

“It is a race, yes. But it's not a race against the other guys. It's a race against the virus disappearing, and against time,” Professor Hill, 61, told the Telegraph. “But at the moment, there’s a 50 per cent chance that we get no result at all. We’re in the bizarre position of wanting Covid to stay, at least for a little while. But cases are declining."

Hill, director of the Oxford University Jenner Institute, told the Telegraph that in the second phase of testing, he might expect fewer than 50 people to catch the virus. If the total number of infected participants is below 20, then results may be useless.

“There’s a danger of over-promising here. This is the way I usually say it: this is our ambition,” Hill said. “There are multiple risks. It's never been done before. We don't know if we can do it. We think we can.”

“I wouldn’t book a holiday in October on the back of these announcements, put it that way.”

Sir John Bell, regius professor of medicine at Oxford University, during an interview with The Sunday Times reiterated Hill’s concerns, explaining that the speed of development was “entirely dependent” on the number of infections in the population.

“You wouldn’t start [trials] in London now for sure,” Bell said. “The question is: can you chase the disease around the UK? Then there’s the question about whether you chase it internationally.”

Early next month, Oxford will release the crucial results of a first trial of more than 1,000 UK volunteers conducted in April, when the disease was at its peak.

Hill said he would be happy for other countries to use his research principles to protect their own citizens.

“We might feel a little peculiar about that. We got there first, but everyone else piles in. We might feel that we've done the heavy lifting,” Hill said. “But actually we wouldn't care. We're not competing in a cutthroat way. If someone else can produce a billion doses, we’ll have a party.”

Eight potential COVID-19 vaccines are currently proceeding with human trials, with four in China, two in the U.S. and one in Germany. Despite the warnings of caution, many of the teams are planning to move their next trials overseas.