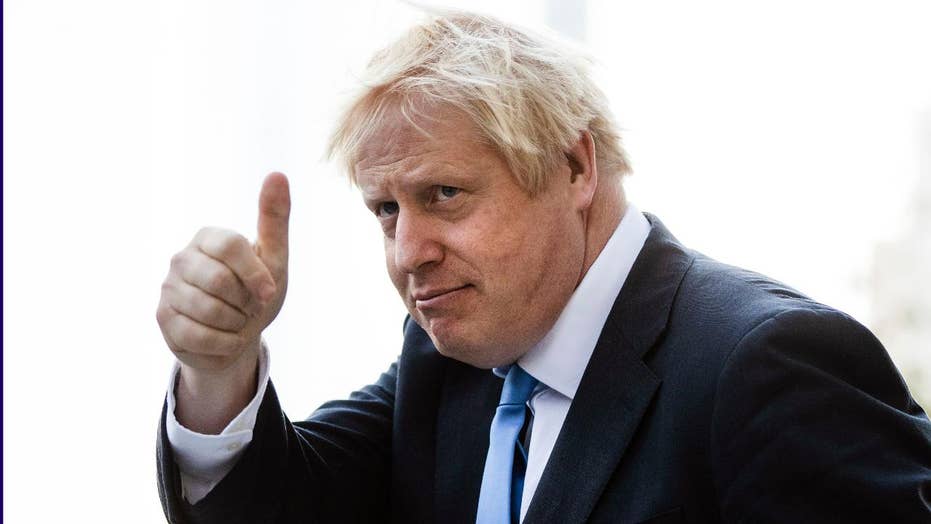 The unanimous, strongly-worded Supreme Court judgment declared his order to suspend Parliament "void and of no effect." The court found that Johnson acted to limit debate by lawmakers on Britain's impending departure from the European Union in violation of Parliament's constitutional role.

Johnson did not rule out trying to suspend Parliament again.

"As the law currently stands, the U.K. leaves the EU on Oct. 31 come what may, but the exciting thing for us now is to get a good deal. And that is what we are working on," Johnson said. "And to be honest, it is not made much easier by this kind of stuff in Parliament or in the courts."

House of Commons Speaker John Bercow welcomed the historic verdict and recalled lawmakers to Parliament, which will reconvene on Wednesday morning.

Here is what happens next. 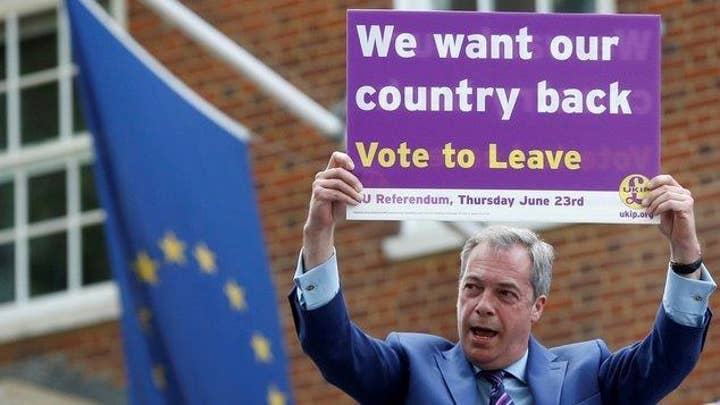 Brexit – or “British Exit” – refers to the United Kingdom’s choice to leave the 28-nation European Union. After much debate over the past two years, the current deadline for the exit is Oct. 31, 2019.

A previous exit deal negotiated by former Prime Minister Theresa May was voted down multiple times in Parliament. May's failure to get the vote through Parliament led to her eventual resignation.

What is a no-deal Brexit?

A no-deal exit means that the U.K. would immediately leave the European Union with no agreement. This means that Britain would leave the single market and customs union, which are agreements designed to help trade between the E.U. members by eliminating checks and tariffs.

No deal also means Britain will no longer contribute to the E.U. budget – currently about $11.2 billion a year. 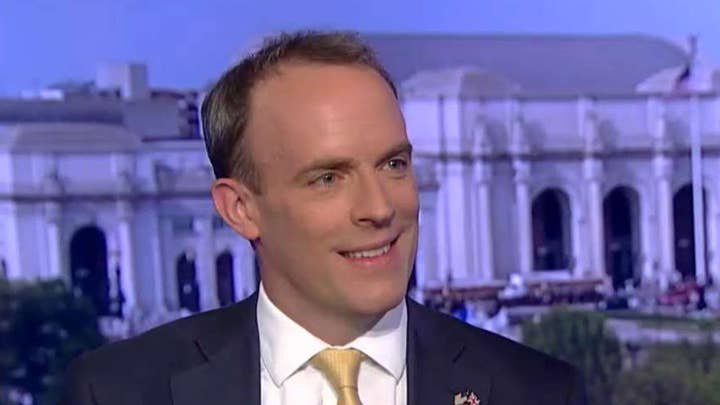 Under May’s deal – which was voted down three times by Parliament – the U.K. would have entered a 21-month transition period before officially leaving the bloc.

What led to the suspension of Parliament?

Johnson became prime minister of the United Kingdom in late July after winning a Conservative Party leadership contest to succeed May. At the time, he vowed to leave the E.U. on Oct. 31 with or without a deal.

A month later, after multiple attempts by Parliament to delay a no-deal exit, Johnson sought the approval from Queen Elizabeth II – as is required under Britain’s constitutional monarchy – to suspend Parliament for a five-week period ending Oct. 14. 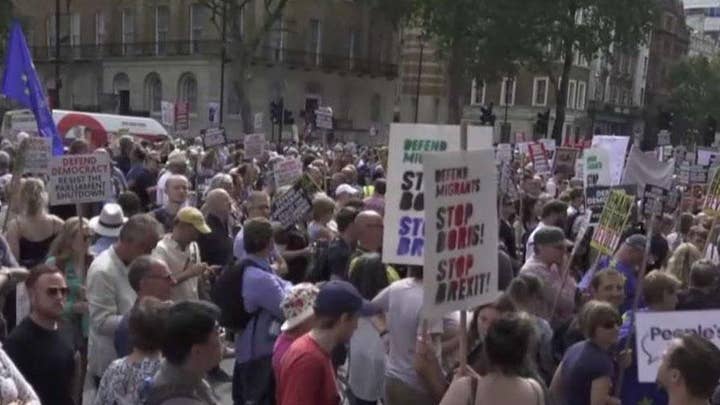 At the time Johnson called it a routine decision to set the stage for the announcement of his domestic agenda.

However, chaos broke out in Parliament after the suspension, which was followed by several courtroom challenges against the legality of the prorogation.

The government's opponents argued that Johnson illegally shut down Parliament just weeks before its EU departure for the "improper purpose" of dodging lawmakers' scrutiny of his Brexit plans. They also accused Johnson of misleading the queen, whose formal approval was needed to suspend the legislature.

What was the court’s ruling?

Following three days of a hearing, the Supreme Court declared on Sept. 25, Johnson’s order to suspend Parliament was “void and of no effect.”

Supreme Court President Brenda Hale said the suspension "was unlawful because it had the effect of frustrating or preventing the ability of Parliament to carry out its constitutional functions without reasonable justification."

The court rejected the government's assertions that the decision to suspend Parliament until Oct. 14 was routine and not related to Brexit. Government lawyers claimed that under Britain's unwritten constitution, it was a matter for politicians, not courts, to decide.

What does the ruling mean for Johnson?

The prime minister said in a speech from the U.N. General Assembly that he “refused to be deterred” on getting on with “an exciting and dynamic domestic agenda.”

He said he strongly disagreed with the court’s decision but that he would honor it. However, he did not rule out trying to suspend Parliament again in an effort to bulldoze through a no-deal Brexit.

"There are a lot of people who basically want to stop this country from coming out of the EU," Johnson said, "and we have a Parliament that is unable to be prorogued and doesn't want to have an election. I think it is time we took things forward."

A person dressed as a caricature of British Prime Minister Boris Johnson in a prison uniform stands outside the Supreme Court in London, Tuesday, Sept. 24, 2019. (AP Photo/Matt Dunham)

He added: "I do think there's a good case for getting on with a queen's speech anyway and we will do that."

The queen's speech outlines the government's plan for the coming session of Parliament.

What were the reactions from British lawmakers?

The harsh tone of the court's decision, and the unanimous vote of 11 Supreme Court judges, led many to say that Johnson can't carry on.

"His position is untenable and he should have the guts for once to do the decent thing and resign," said Scottish National Party legislator Joanna Cherry outside the court.

Opposition Labour Party leader Jeremy Corbyn told his party conference that the court decision shows Johnson's "contempt" for democracy and rule of law. He said Johnson should resign "and become the shortest-serving prime minister there's ever been."

"I invite Boris Johnson, in the historic words, to consider his position," Corbyn told the party faithful in the southern city of Brighton.

Liberal Democrats leader Jo Swinson said the ruling made it clear that Johnson "is not fit to be prime minister." She said he "acted unlawfully, tried to silence Parliament, tried to silence the voices of the people, because he does not want to be held to account ... for his disastrous Brexit policy."

What’s the next step with Parliament?

House of Commons speaker John Bercow announced soon after the ruling that he was recalling lawmakers back to Parliament. He said citizens are "entitled" to have Parliament perform its core constitutional duties, which include holding ministers to account and passing laws.

Bercow said there won't be a Prime Minister's Questions session in Parliament on Wednesday despite the fact that lawmakers were returning. 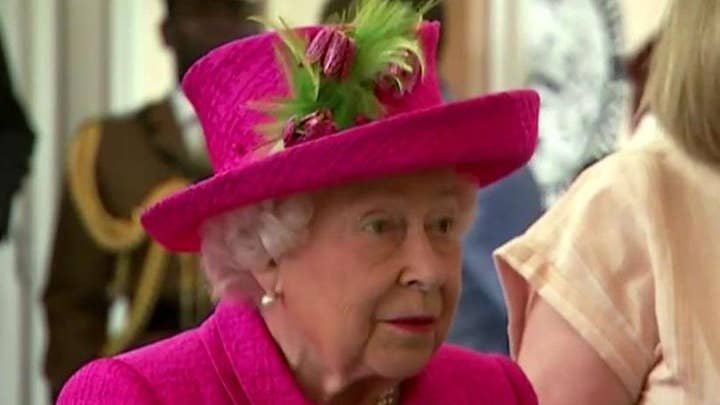 What’s the next step with Brexit?

The Supreme Court’s decision puts additional pressure on Johnson to pass a no-deal Brexit or negotiate a new divorce plan with the European Union – something that the bloc has said would not happen.

Brexit Party chairman Richard Tice says the Supreme Court ruling means Britain will have to ask the European Union to push back the Brexit deadline again.