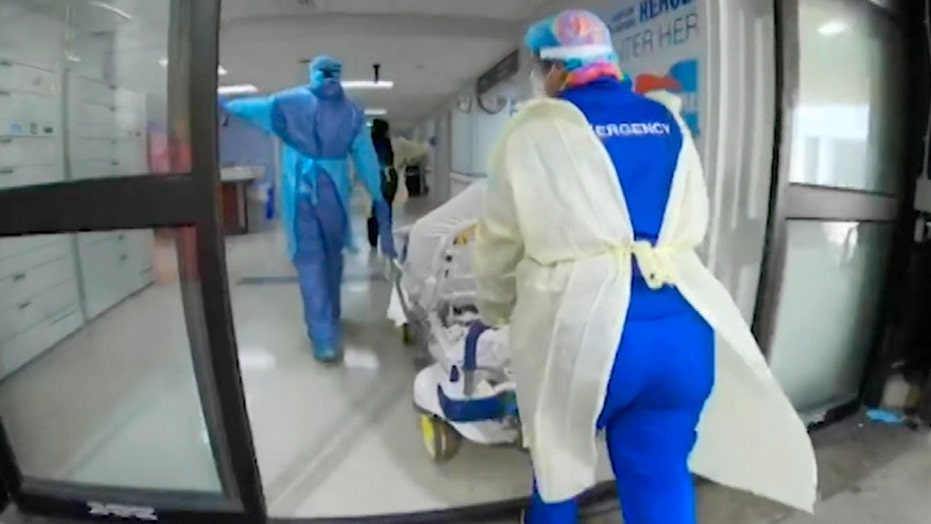 Fox News' Aishah Hasnie on the total number of coronavirus cases surpassing 5 million as of Sunday, along with more than 160,000 people dead.

The United Kingdom laid off 6,000 coronavirus contact tracers who reportedly were "paid to watch Netflix" amid scrutiny of the failure by Britain's NHS Test and Trace program to reach vast swaths of people who have tested positive for COVID-19.

The remaining 12,000 workers will now be dispatched to work with local public health authorities on tracing, the Department of Health and Social Care announced on Monday.

Authorities plan to open over 200 walk-in centers around the country by October to add to more than 200 mobile testing units already in operation.

Officials are hoping that a more localized approach will fix the flawed national system, which workers complained relied on outdated information and inefficient methods that struggled to reach even a fraction of the contacts exposed to COVID-19.

In early June, a clinician with the NHS Test and Trace program speaking on the condition of anonymity told the BBC that despite 4,456 confirmed COVID-19 cases reported to the Test and Trace scheme in a three-day period after the program's launch on May 28, she had yet to be assigned a single case.

As of June 3, only 1,749 of the reported people infected had been contacted by tracers, according to local reports.

The slow turnaround prompted frustrated local authorities to set up their own contact-tracing networks, which have proved more effective because they know communities better and can go door-to-door if needed.

Now, months after the pandemic has killed more than 46,500 people in the UK -- the highest tally in all of Europe -- national officials are adopting the same approach.

The health department said the new system "combines the specialist local knowledge with the additional resources and data required from NHS Test and Trace."