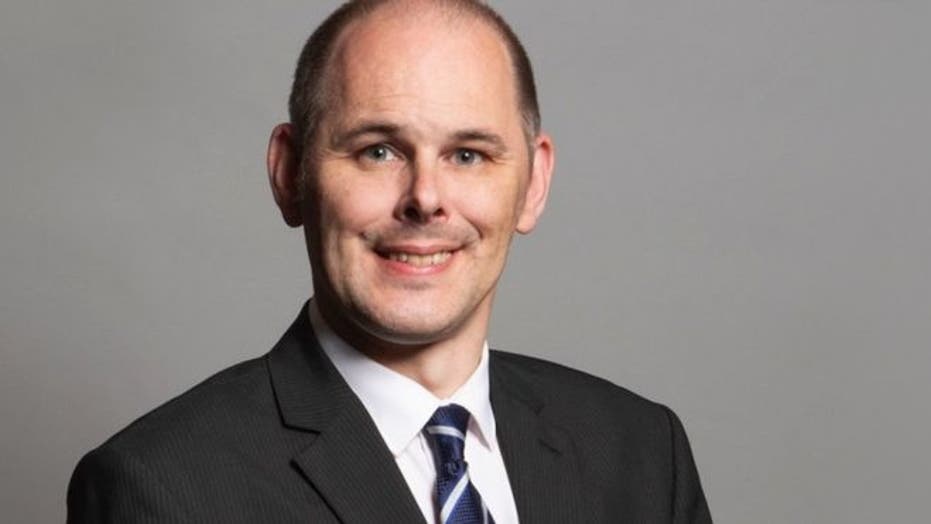 A member of the British Parliament has apologized after video emerged of him exposing himself to a woman in a pub in 2007 before he was first elected to public office.

The footage, obtained by British talk radio station LBC, shows Conservative MP James Grundy drop his pants and show his genitals at the Rams Head Inn pub in Lowton, where he was elected as a Tory Councilor in 2008.

“There’s no way you can get my face in this,” he says in the video, before a woman behind the camera tells him, “shirt up or nothing.”

Grundy issued an apology Tuesday, telling the outlet, “I apologize for my actions and for any offense caused.”

Grundy apologized for his actions in a statement. (U.K. Parliament)

The Conservative party told the BBC the incident took place at “a private event” and “all present were 18 or over.”

However, some of Grundy’s constituents were still dismayed by the video and demanded his resignation, telling the radio station his actions were “absolutely disgraceful.”

“I think he should step down as an MP,” one said. “I don’t think a person that can do that should be a public figure.”

Another said Grundy’s actions were “unacceptable” no matter when the incident took place.

“He should step down as a minimum and [it should be] looked into a bit more closely through the correct authorities,” the constituent said. “If you’re going to be in a position of responsibility and you’re going to be representing people, you’ve got to be accountable for your actions whenever they are.”

The controversy comes months after Grundy's latest political win in December 2019. He was elected MP for Leigh, flipping a town that had been a Labour Party stronghold for 97 years, according to local outlets.