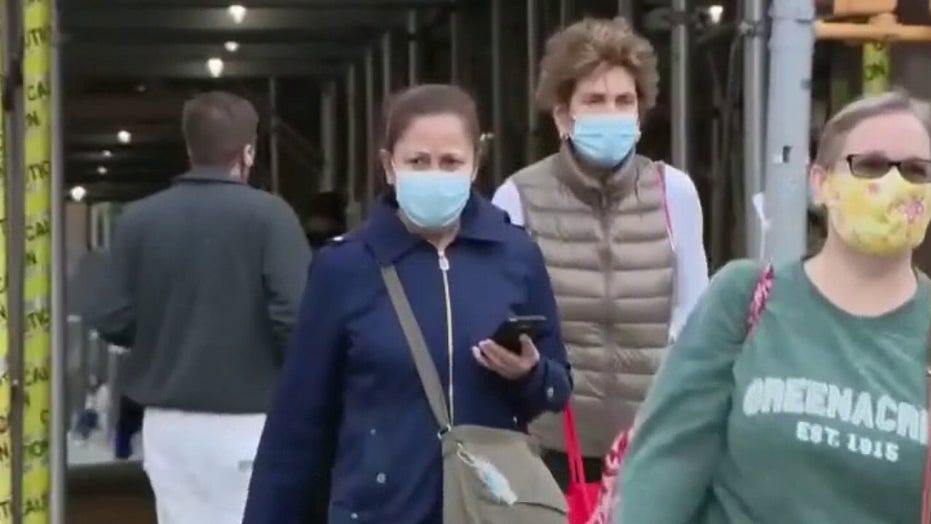 Two Royal Navy vessels have been sent to Jersey amid concerns of a possible blockade of the island by French boats -- but why have they been deployed?

Sky News looks at what's sparked the tensions and how the row might escalate.

The UK has deployed HMS Severn and HMS Tamar to Jersey to conduct "maritime security patrols" as a "strictly precautionary measure" following talks with the Jersey government, the Ministry of Defense has said.

HMS Severn entered back into service in June last year - after being saved from the scrapyard - to boost the UK's ability to patrol its waters after Brexit.

Meanwhile, France has sent its own patrol vessel to Jersey to "guarantee the safety" of people at sea and "accompany" French fishing vessels.

Jersey, the biggest of the Channel Islands, is a British Crown Dependency and is defended and internationally represented by the UK government.

It lies just 14 miles from the French coast and 85 miles south of the English coast.

TOURIST SURVIVES 120-FOOT FALL OFF OF CLIFF WHIE TAKING SELFIE BECASUE THE TIDE WAS IN: REPORT

Why has the Royal Navy been sent?

The vessels were deployed amid concerns of a possible blockade of Jersey by French boats.

As of Thursday morning, up to 60 vessels were reported off Jersey's south coast, near the island's capital St Helier, as part of a demonstration by French fishermen.

Some let off flares but the protest has so far remained peaceful, according to the Jersey Evening Post.

There had been worries about more direct action by the demonstrators.

Paul Luxon, the chief executive of Condor Ferries, posted on Twitter that the Commodore Goodwill freight ferry had been "trapped" in St Helier harbour.

However, it was later reported the vessel would be allowed to leave.

Downing Street has said that any blockade would be "completely unjustified".

Why are French fishermen protesting?

French fishing crews are demonstrating as part of a row over post-Brexit fishing rights.

Under the Brexit trade deal, which came into force on 1 January, EU fishermen continue to have some rights to fish in UK waters as part of a transition period until 2026.

However, under the new rules, EU boats wanting to fish within 12 miles of the UK coast need to be licensed and prove they have a history of fishing in those waters in order to carry on operating.

This includes submitting evidence of their past fishing activities.

Jersey has not granted licences to some of the boats that have applied to fish in its waters.

Ian Gorst, the island's external relations minister, said of the 41 boats which sought licences under the new rules last Friday, all but 17 had provided the evidence required.

"The trade deal is clear but I think there has been some confusion about how it needs to be implemented, because we absolutely respect the historic rights of French fishermen to fish in Jersey waters as they have been doing for centuries," he said.

"I do think a solution can be found. I am optimistic that we can provide extra time to allow this evidence to be provided."

The French government has also expressed its anger at what it said were unilaterally-imposed conditions on the fishing licences, including the time French fishing vessels could spend in Jersey's waters.

Jersey said it had issued permits in line with the terms of the post-Brexit trade deal.

Could the row escalate further? Could the lights go out on Jersey?

France's maritime minister Annick Girardin warned this week her country was ready to take "retaliatory measures" over the fishing dispute.

This included a threat that France could cut off electricity to Jersey, which - with a population of 100,000 people - receives 95% of its electricity from France through three undersea cables.

And Ms Girardin told the French parliament this week: "In the (Brexit) deal there are retaliatory measures. Well, we're ready to use them.

"Regarding Jersey, I remind you of the delivery of electricity along underwater cables. Even if it would be regrettable if we had to do it, we'll do it if we have to."

However, Jersey's government has assured residents the island's "essential infrastructure will not be disrupted as local facilities are able to meet our power requirements in the event of any external interruption".

When the current EU-UK fishing transition period ends in 2026, there is also the possibility for further tensions to arise when both sides move to annual negotiations to decide how fish stocks are shared between them.

Have there been fishing disputes before?

During the UK's 47-year membership of the EU, fishing rights were decided as part of the bloc's Common Fisheries Policy.

However, prior to that, there had been what were known as the "Cod Wars" between Icelandic and British fishing vessels from 1958 to 1976.

These violent clashes were sparked by Iceland asserting control over the seas surrounding the island.

In what was dubbed the "Scallop Wars" in the summer of 2018, tensions erupted between French and British boats around the Baie de Seine waters.