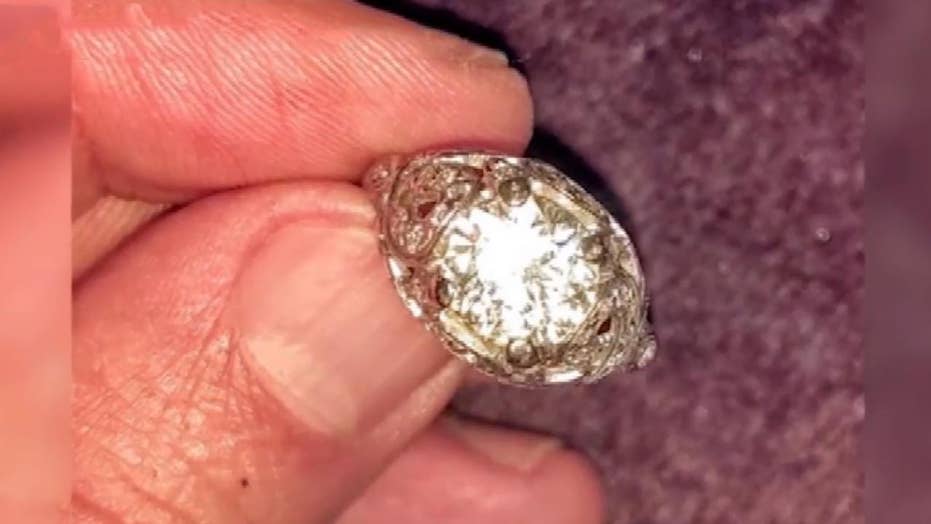 After spotting the ring in a grocery store parking lot, Good Samaritan Adam McKaig made it his mission to locate its owner.

A British court has heard how a woman allegedly pretended to be a gem expert and swapped diamonds worth 4.2 million pounds ($5.7 million) for pebbles using "sleight of hand" at a luxury London jewelers.

Prosecutors said Tuesday that Lulu Lakatos, 60, posed as a gem expert and went to jewelry shop Boodles in London’s tony Mayfair area in March 2016, allegedly to value seven diamonds on behalf of a group of wealthy Russian buyers.

The diamonds, which included a 20-carat heart-shaped diamond valued at more than 2.2 million pounds,- were to be placed in a locked bag and held in the jeweler’s vault until payment was transferred. But when Boodles’ own diamond expert became suspicious and opened the bag the next day, she found seven small pebbles.

Prosecutor Philip Stott said the diamonds had been "stolen by the defendant by sleight of hand."

"The conspiracy in which she is alleged to have played an integral and central part was one of the highest possible sophistication, planning, risk and reward," he told Southwark Crown Court in London.

Lakatos, who was born in Romania but lived in France, denies any wrongdoing. She is charged with conspiracy to steal. 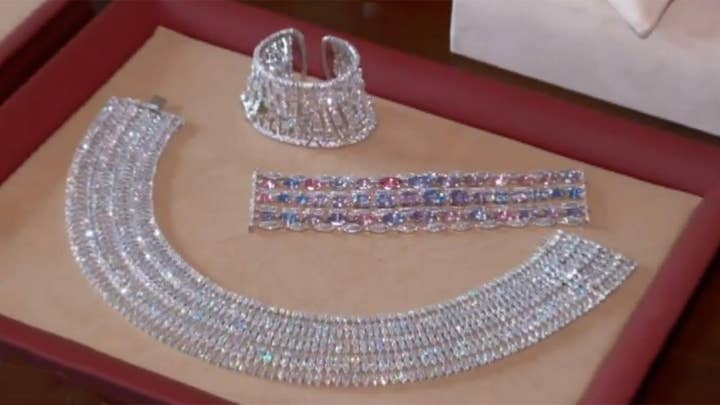 Nicholas Wainwright, chairman of Boodles, one of Britain’s top luxury jewelry brands, said in a statement that he had been approached by an Israeli buyer who wanted to invest in high-value diamonds in the weeks before the theft. He agreed to the sale of the seven diamonds following a meeting in a Monaco hotel.

Wainwright met with Lakatos in his shop’s basement, along with his own diamond expert Emma Barton. As soon as Wainwright left the room to take a call from the alleged buyer, Lakatos put the padlocked purse containing the gems in her own handbag, Barton told the jury.

Barton said she protested, but Stott alleged that Lakatos swapped the purse with an identical locked bag and placed that back on the table in a matter of seconds.

Prosecutors said Lakatos then worked with accomplices to make their getaway to France in a rented car.

Two men have already pleaded guilty to conspiracy to steal over the heist.

Barton said she discovered "seven garden pebbles" when she opened the purse the next evening.

Lakatos was arrested in France on a European arrest warrant last September and extradited to the U.K.

The trial is expected to last several more days.