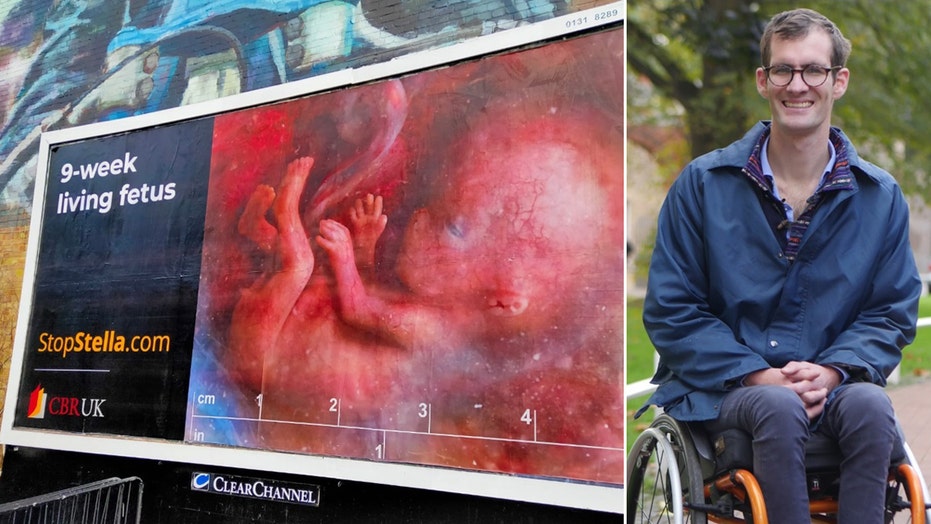 A pro-life activist in the United Kingdom is appearing in court this week after being accused of harassment against women by a prominent Labour MP for using anti-abortion images at a public protest that could cause "distress and/or alarm to members of the public."

Christian Hacking, 29, a Centre for Bioethical Reform UK (CBRUK) employee who started the #StopStella campaign targeting MP Stella Creasy's pro-abortion policies, told Fox News his case is "deeply chilling for freedom of speech and expression" in the U.K. as he was peacefully protesting.

Creasy, a left-wing politician who pushed for an amendment extending abortion rights in Northern Ireland, demanded police and local council intervene to prevent Hacking and other pro-life volunteers from publicly criticizing her views.

Hacking was then issued a Community Protection Notice (CPN) in October by Waltham Forest Council's Antisocial Behaviour Service Delivery Manager, Phil Connor, for showing pictures of abortions in area of the MP's constituency.

The written warning, issued under the Antisocial Behaviour Crime and Policing Act 2014, defined the unreasonable behavior as: “Displaying large images of unborn and/or aborted fetuses which have caused or are likely to cause distress and/or alarm to members of the public.”

The anti-abortion banners were confiscated and Hacking was issued a CPN, which was celebrated by Creasy on social media. The advertising agency behind the billboards apologized for hosting the pro-life images.

“We wanted to engage Stella Creasy in debate on her radical abortion policies, which she was forcing through Parliament, but she refused," Hacking said. "Instead she chose to solicit the assistance of the police and council to have our displays shut down...which showed the victims of her policies."

The Metropolitan Police did not issue an arrest as they said a crime had not been committed.

“If this CPN is upheld it will set a dangerous precedent, not only for pro-life campaigners but anyone who seeks to criticize and oppose an elected MP in public," Hacking added.

Andrea Williams, chief executive of the Christian Legal Centre, who is representing Hacking at the Stratford Magistrates Court, said he has done nothing unlawful.

“Groups like CBR UK have been told that protests shouldn’t be held outside abortion clinics and that they should take place in other public spaces," Williams said. "Now we’re being told they’re not allowed to display in the public domain."

Williams added, "Where exactly is anyone who wants to stand against the killing of a child in the womb allowed the freedom to protest?"

Abortion Rights UK condemned the police for not using a Public Space Protection Order against the pro-life group to move them.

"By refusing to act to stop this blatant and targeted harassment, the Met Police are not only putting Stella...at risk, they are sending the message that it is fair game to harass women seeking abortions,’ Kerry Abel, Chair of Abortion Rights, said in a statement.