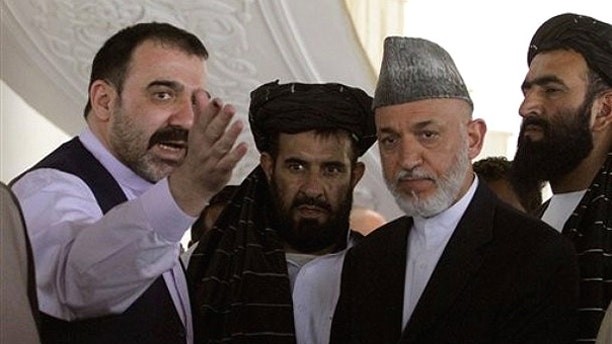 KABUL—U.S. officials in Afghanistan have spent thousands of hours over the past few years charting what they call "Malign Actor Networks"—webs of connections between members of President Hamid Karzai's family, businessmen, corrupt officials, drug traffickers and Taliban commanders.

Using intelligence drawn in part from informants and a powerful wiretapping system, these officials say they have found an economic and political order—underwritten by billions of dollars in aid, reconstruction and logistics funds from the West—that is undermining the Afghan government from within and aiding a Taliban insurgency that is trying to topple it from without.

The officials and their Afghan allies have had less success, however, breaking these bonds.

The futile attempts so far at prosecuting one individual—a banker named Haji Muhammad Rafi Azimi—illustrate the depth the problem.

Mr. Azimi has bribed senior officials, moved money for drug traffickers and kept the Taliban flush with cash, say several current and former Afghan and U.S. officials who described what they say are hours of wiretaps, information provided by informers and financial documents connected with the bank where Mr. Azimi works.

In an interview, Mr. Azimi denied any wrongdoing.