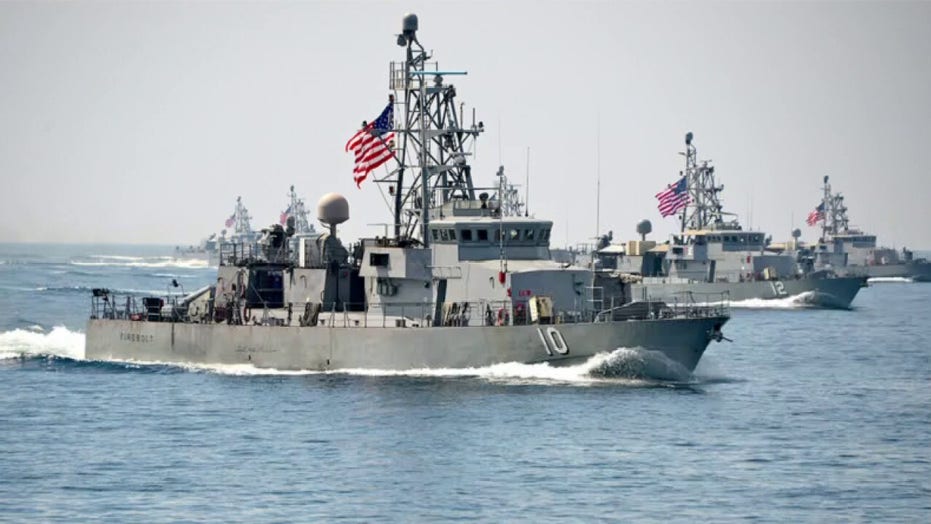 After warnings by the U.S. vessels through radio and loud-hailer devices went ignored by the Iranian patrol boats, the USS Firebolt warning shots – prompting the vessels to retreat.

"The IRGCN’s actions increased the risk of miscalculation and/or collision, were not in accordance with the internationally recognized Convention on the International Regulations for Preventing Collisions at Sea (COLREGS) ‘rules of the road," a Naval spokesman said in a statement Tuesday.

"U.S. naval forces continue to remain vigilant and are trained to act in a professional manner, while our commanding officers retain the inherent right to act in self-defense," they added.

Earlier in the day, Naval officials released images of FIAC boats engaging with other Navy ships in the Persian Gulf, in what security spokesmen described as "unsafe and unprofessional" maneuvers.

The tense moments that occurred earlier this month are the first of their kind in roughly a year, Navy officials said.

The images show the USCGC Monomoy being forced to abruptly stop as an Iran vessel crossed in front of the Coast Guard’s bow.

Similar aggressive actions were taken with the USCGC Wrangell, heightening risk for collisions.