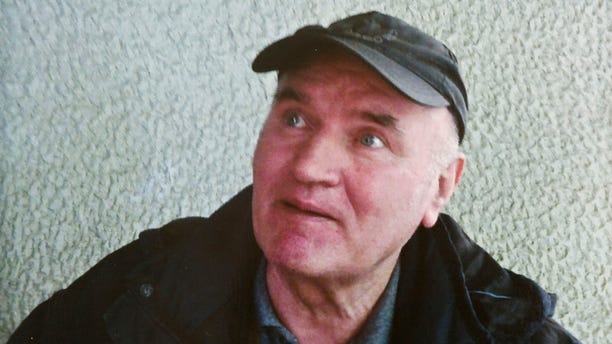 Bosnian Serb army commander Ratko Mladic, who was arrested Thursday, May 26, 2011, in Serbia after years in hiding. Genocide suspect Ratko Mladic in due in a Belgrade court for a hearing which is a legal step toward his extradition to a U.N. war crimes tribunal. Europe's most wanted war crimes fugitive was arrested Thursday in a northern Serbian village after 16 years on the run. The hearing is set for noon (1000 GMT) Friday, May 27, 2011. (AP2011)

Also Thursday, Mladic pleaded not guilty to charges linked to a new allegation filed recently by prosecutors -- that Bosnian Serb troops executed more than 30 Muslim prisoners in the eastern Bosnian town of Bisina in July 1995.

Mladic had previously refused to enter pleas to any of the charges against him. Judges had entered not guilty pleas on his behalf.