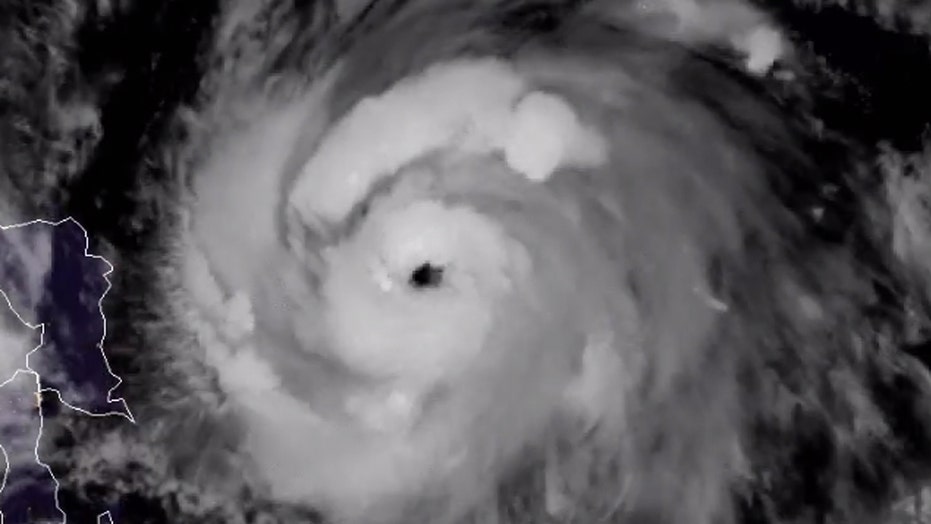 National forecast for Thursday, May 14

The first typhoon of the 2020 Western Pacific season rapidly strengthened before slamming into the eastern Philippines Thursday, forcing an evacuation of thousands that was complicated by efforts to avoid spreading coronavirus at shelters.

The Joint Typhoon Warning Center (JTWC) said that Typhoon Vongfong was 289 miles east-southeast of Manila Wednesday and was tracking westward.

The storm has maximum sustained wind speeds of 115 mph with gusts near 143 mph, the equivalent of a Category 3 hurricane on the Saffir-Simpson Hurricane Wind Scale.

The first typhoon to hit the country this year rapidly strengthened over a 24-hour period, going from the equivalent of a Category 1 hurricane to a Category 3 storm. The state weather bureau said the storm slammed ashore in San Policarpio town in Eastern Samar province around noon.

Typhoon Vongfong is forecast to barrel northwestward across densely populated eastern provinces and cities before exiting in the north Sunday. Tens of millions are in its path.

Residents brave rains and strong wind as they walk past uprooted trees along a highway in Can-avid town, Eastern Samar province, central Philippines on May 14, as Typhoon Vongfong makes landfall. (Photo by ALREN BERONIO/AFP via Getty Images)

The government weather agency warned that “along with large swells, the typhoon will bring a storm surge may cause potentially life-threatening" flooding, adding that sea travel would be dangerous in Vongfong's path.

The storm's arrival came as the Philippines fights COVID-19 outbreaks, largely by locking Filipinos in their homes and prohibiting gatherings.

More than 11,600 infections, including 772 deaths, have been reported in the country.

Overcrowding in emergency shelters is a common scene in the archipelago, which has about 20 typhoons and storms annually, and is regularly hit by volcanic eruptions and earthquakes.

“This is very complicated,” Jipapad Mayor Benjamin Ver of a town in the typhoon’s path told The Associated Press by telephone.

The only evacuation shelters in the town of 8,000 villagers are a gymnasium and the town hall. Ver, who also is the town’s only doctor, told the AP he has secured enough face masks to protect them from the virus in the town hall when the typhoon hits.

Provincial Gov. Ben Evardone told the AP that all emergency shelters were turned into quarantine facilities with medical equipment in case of outbreaks, but may have to be rearranged back into evacuation centers if large numbers of people need shelter.

Dark clouds envelop the skies as workers fold a billboard to prepare for the coming of typhoon Vongfong in Manila, Philippines Thursday May, 14, 2020. (AP Photo/Aaron Favila)

Authorities also asked 47 churches in the area to accept people fleeing the typhoon.

"We will be overwhelmed, so we’re expanding our evacuation to include churches,” Cedric Daep, disaster chief in central Albay province, told Agence France-Presse.

Metropolitan Manila will not be hit directly by the storm, but may be lashed by strong winds. Officials were advised to remove medical quarantine tents set up outside hospitals.

The region of the Philippines initially hit by Vongfong was devastated in 2013 by Typhoon Haiyan, which left more than 7,300 people dead or missing, flattened entire villages, swept ships inland and displaced more than 5 million.