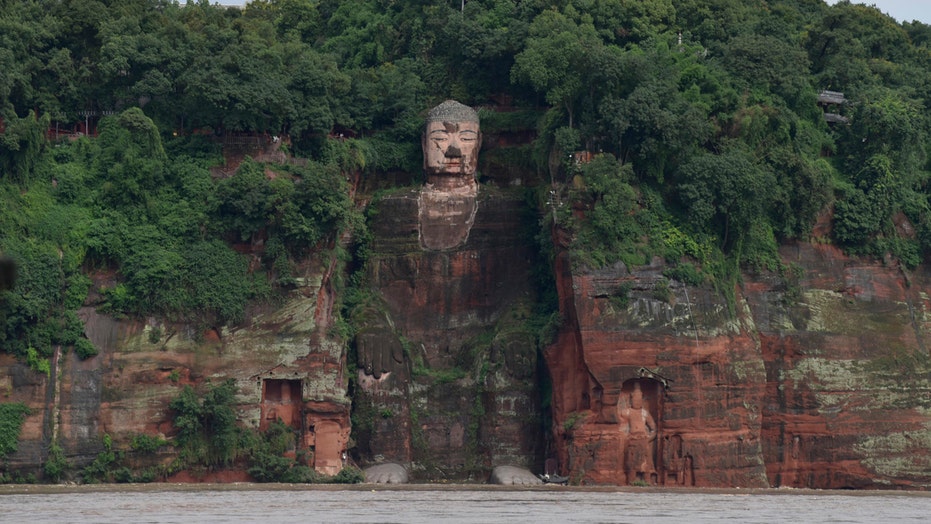 BEIJING – China suffered a double blow Wednesday of flooding and landslides from unusually heavy seasonal rains and a typhoon that came ashore on its southern coast.

Five people were missing in Yunnan province in the southwest after a landslide destroyed two houses, the official People's Daily newspaper said.

In Sichuan province, 21 vehicles parked in a square in Yibin city fell into a hole after the road beneath them collapsed in the middle of the night. No one was injured, according to media reports.

Flooding has left more than 200 people dead or missing in China this year and caused $25 billion in damage, authorities said last week.

It weakened to a tropical storm as it moved west toward the neighboring Guangxi region. More than 65,000 people were evacuated, schools were closed and many fishing boats returned to port along the coast, according to Chinese media reports.

Power was knocked out in Meizhou city in northeastern Guangdong province on Tuesday night after trees fell onto power lines, the electric company said.

In this photo released by China's Xinhua News Agency, a man rides a bicycle during a rainstorm in Macao, Wednesday, Aug. 19, 2020. (Cheong Kam Ka/Xinhua via AP)

The worst of the flooding appeared to be over in Sichuan, where the emergency level was lowered Wednesday morning and the toes of a famous Buddhist statue re-emerged as waters receded, news reports said.

It was the first time in at least 70 years that water had reached the foot of the Leshan Giant Buddha, a 71-meter (233-foot) -tall statue carved into the side of a mountain in the eighth century.

In this photo released by China's Xinhua News Agency, floodwaters flow near the historic Giant Buddha in Leshan in southwestern China's Sichuan Province on Aug. 18, 2020. (Xu Bingjie/Xinhua via AP)

Emei Mountain, a nearby tourist site, reopened to visitors after being closed for nearly three days.

The sprawling Chongqing municipality saw its worst flooding since 1981. Water covered roofs in low-lying areas of the historic town of Ciqikou, which was closed to tourists because of the rains from Tuesday evening.

On the Yangtze River, the inflow of water into the reservoir behind the massive Three Gorges Dam hit a record 72,000 cubic meters (2.5 million cubic feet) per second, state media said. The inflow is expected to peak Thursday at 76,000 cubic meters per second, the Ministry of Water Resources said.

On Tuesday, President Xi Jinping visited hard-hit Anhui province, where the 13 sluice gates of the Wagnjiaba dam had been opened, flooding farmland and forests to prevent more extensive damage downriver.