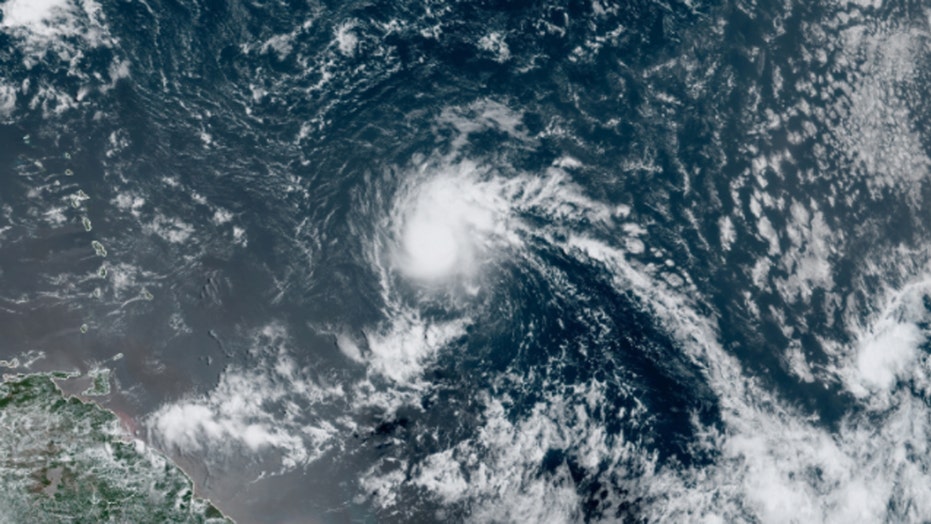 The 10th named tropical storm of the year formed Thursday out over the Atlantic Ocean, setting yet another record for a busy 2020 Atlantic hurricane season.

The U.S. National Hurricane Center in Miami said Thursday morning that Tropical Storm Josephine now has maximum sustained winds of 45 mph, after strengthening from a tropical depression that formed Tuesday.

The storm system is located about 975 miles east-southeast of the Northern Leeward Islands and is moving west-northwest at 15 mph.

The NHC said in its 11 a.m. EDT update that Josephine's current forward motion is expected to continue for the next few days, followed by a turn toward the northwest late this weekend or early next week.

"Some additional strengthening is forecast during the next 48 hours," the NHC said.

Tropical storm-force winds extend outward up to 80 miles to the north of the center.

The storm is also forecast to move north of Puerto Rico Saturday and Sunday as a weakening tropical storm or depression, keeping impacts low.

The less favorable environment it encounters this weekend will weaken or dissipate the system in four to five days. Environmental conditions and direction also do not indicate a threat to the United States.

Josephine has set a record for the earliest "J" named storm.

This 2020 season has been active and record-breaking so far. The ninth named storm this season, Hurricane Isaias, made landfall near Ocean Isle Beach, N.C., last week after it broke the record for the earliest "I" storm in the Atlantic basin.

A look at the 2020 Atlantic hurricane season so far, with forecasts and actual storms that have formed. (Fox News)

That's far above an average year. Based on 1981 to 2010 data, that is 12 named storms, six hurricanes, and three major hurricanes.

The most active stretch of the hurricane season is from late August to early October, when most storms and major hurricanes are seen.