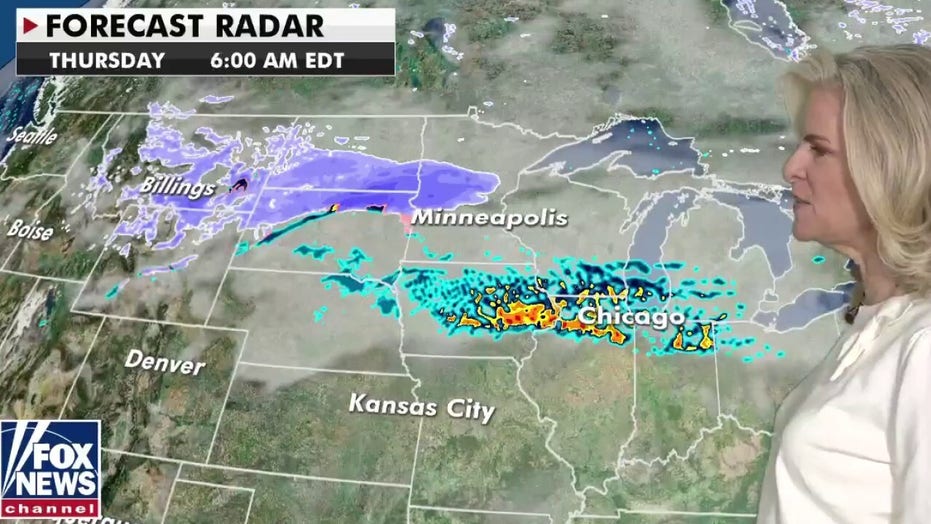 The latest tropical storm is expected to become a hurricane by the time it gets closer to Bermuda later this week, with forecasters saying the island could feel some impacts.

The National Hurricane Center (NHC) said as of 2 p.m. EDT that Tropical Storm Epsilon is packing maximum sustained winds of 60 mph and is located about 675 miles southeast of Bermuda, moving east-north-northwest at 12 mph.

According to the NHC, the storm is expected to make a turn toward the north and northwest later on Tuesday, with a general northwestern motion expected through Thursday.

Tropical Storm Epsilon is seen over the Atlantic on Tuesday, Oct. 10, 2020. (NOAA/GOES-East)

Gradual strengthening is also expected over the next couple of days, and Epsilon is forecast to be at or near hurricane strength by Wednesday night or Thursday morning.

The storm will then approach Bermuda on Thursday, but it's still too early to tell what impacts the storm will have.

"Interests in Bermuda should monitor the progress of Epsilon," the NHC said.

A tropical storm watch has been issued for the island, with tropical-storm force conditions expected to arrive within 48 hours.

Tropical storm-force winds extend outward up to 300 miles from the center of the storm, and Epsilon is generating large swells that will impact Bermuda over the next couple of days.

Epsilon represents a record for the earliest 26th named storm, beating out Nov. 22 in 2005, according to Colorado State University hurricane researcher Phil Klotzbach.

There is just over one month left in the 2020 Atlantic hurricane season, which ends Nov. 30, but this season has broken numerous records as forecasters in September ran out of traditional names and went to the Greek alphabet for storms Alpha and Beta. Delta became a Category 4 storm before weakening and swiping Mexico, then took aim and roared into Louisiana as a Category 2 hurricane.

A look at the numbers of the 2020 Atlantic hurricane season. (Fox News)

So far this year, there have been 26 named storms, including nine hurricanes and of those, three major hurricanes.

A look at the Greek alphabet names that are being used for the 2020 Atlantic hurricane season, after the hurricane center ran out of official names due to the number of storms. (Fox News)