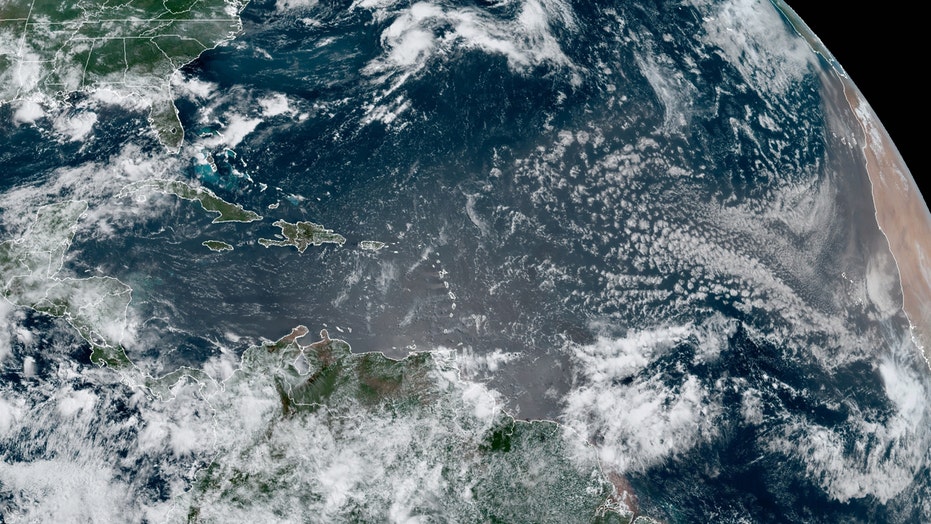 An area of disturbed weather is quickly moving away from Bermuda on Sunday but still may become the next named tropical storm, according to forecasters.

The National Hurricane Center (NHC) In Miami said Sunday morning that Tropical Depression Five is moving northeast at 21 mph and is located about 185 miles northeast of Bermuda.

The system has maximum sustained winds of 35 mph, with higher gusts.

According to forecasters at the NHC, the system could become a tropical storm during the day on Sunday or into the evening hours before becoming a post-tropical system on Monday.

Tropical Depression Five moves away from Bermuda in this satellite image on July 5, 2020. (NOAA/GOES East)

If the system does become a tropical storm, it will have the name "Edouard."

"Little change in strength is forecast today," the NHC said.

The system is bringing gusty winds in and around Bermuda, which should decrease through the afternoon.

Showers associated with the system may bring up to 3 inches of rain to Bermuda, but also decrease through the afternoon.

The storm is continuing to move out into the Atlantic, away from any land.

WITH STORMS IN MAY, FLORIDA LAWMAKER WANTS A LONGER HURRICANE SEASON

If Edouard does form from this system, it will continue the above-average activity that forecasters have been calling for this hurricane season.

Two tropical storms in May and one in early June impacted the Gulf Coast, Southeast, and Midwest. A fourth system, Dolly, formed out at sea last month.