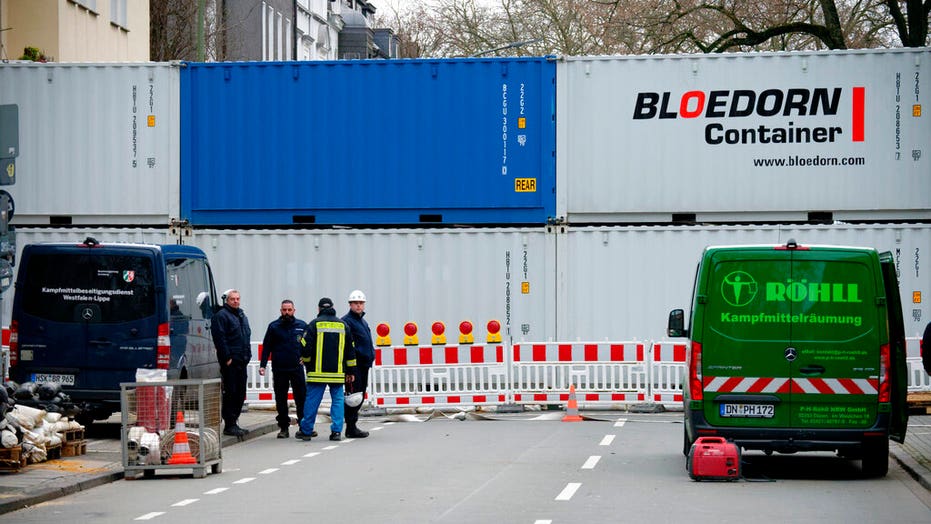 Thousands of people in and around the German city of Dortmund were evacuated on Sunday while crews defused two World War II-era bombs, officials said.

The bombs were 330-pound American and British bombs.

Investigators said they initially thought they had detected four bombs, but later clarified that only two were found.

A road blocked with containers in Dortmund, Germany, after the World War II-era bombs were found. (DPA via AP )

Crews evacuated two hospitals and opened schools for people who had to leave their homes. City officials had asked about 14,000 people to leave the areas where the bombs were buried.

Helicopters patrolled overhead to ensure everyone had evacuated before experts defused the two bombs.

Unexploded bombs in Germany followed by evacuations have been a familiar scenario since the end of World War II nearly 75 years ago.

Last summer, a 1,100-pound World War II bomb was defused in Frankfurt after 16,500 people were called on to leave their homes.