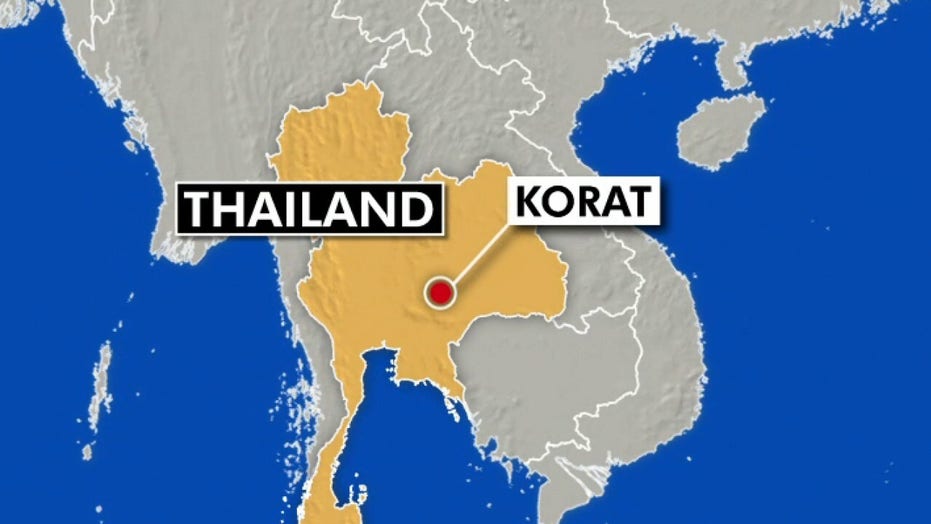 Thailand officials started releasing the bodies Monday of the 29 people killed over the weekend in the country’s worst-ever mass shooting. Many of the 58 others wounded are still said to be in serious condition.

The soldier behind the attack at an airport-themed mall in Nakhon Ratchasima, 31-year-old Sgt. Maj. Jakrapanth Thomma, was infuriated at a land deal brokered by his commander's mother-in-law, authorities believe. She was one of his victims. The 13-hour standoff ended when Thai special forces shot and killed Thomma, investigators said.

A father of another victim – middle school student Rachanon Kanchanamethi – said at a Buddhist funeral Monday that his son’s life was taken too soon.

"I don't want to lose him like this," Nuttawut Kanchanamethi said. "This is too sudden. We had plans for him, growing up. That's all. We didn't impose any expectations on him."

Members of the Thai special forces carry the coffin a fellow officer killed in a mass shooting, at a military airport in Nakhon Ratchasima, Thailand, on Monday. (AP)

The 13-year-old, who was his family's only child, was riding a motorbike home when the gunman fired at him.

Nakhon Ratchasima was not prepared for killing on such a scale. The death toll surpassed Thailand's last major attack on civilians, a 2015 bombing at a shrine in Bangkok killing 20 people that was allegedly carried out by human traffickers in retaliation for a crackdown on their network.

The lone forensic doctor at the public hospital in Nakhon Ratchasima is performing autopsies before the bodies are released to families, the Associated Press reports, but families were told he can only do six per day, so some won’t be able to retrieve their loved ones until Tuesday.

However, many of the 58 wounded are still in serious condition. The Public Health Ministry sent a mental health crisis team to help relatives of the deceased cope with their losses.

Throughout Monday, people dropped by the Terminal 21 mall to offer flowers and leave notes expressing sympathy.

People write notes and leave flowers at the scene of the shooting. (AP)

In the evening, several hundred people gathered outside the mall for a memorial service led by a Buddhist monk and lit candles to remember the victims.

The U.S. Embassy says it “stands with the people of Thailand, saddened by tragic events in Nakhon Ratchasima.”