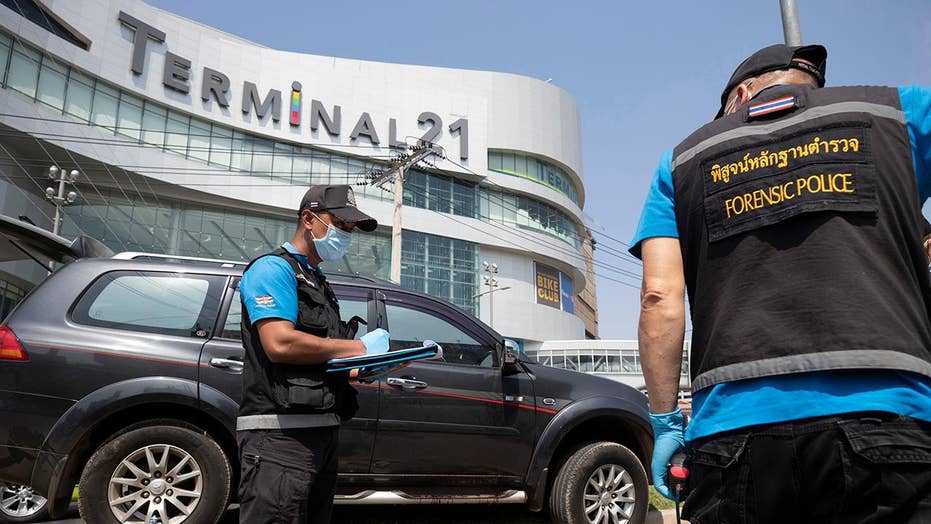 It could be days before full autopsies are completed for all 29 people killed in a shooting rampage at a busy shopping mall in Thailand on Saturday, officials said.

The lone forensic pathologist at the public hospital in Nakhon Ratchasima -- a city of about 150,000 people -- was joined by two others from out of town to assess the bodies and prepare them to be handed back over to the victims' families in the coming days.

The gunman, a Thai soldier, shot and killed his commanding officer and the officer’s mother-in-law and wounded at least three other soldiers at the Suatham Phithak military camp, allegedly over a land dispute, before he opened fire at the Terminal 21 Korat Mall in Nakhon Ratchasima, 160 miles northeast of Bangkok.

Morgue staff loading a coffin of a shooting victim at a morgue in Korat, Nakhon Ratchasima, Thailand, on Sunday. (AP Photo/Gemunu Amarasinghe)

The shooter, Sgt. Maj. Jakrapanth Thomma, engaged in a 13-hour standoff that ended when Thai special forces shot and killed him, investigators said.

In the aftermath of the shooting, a team from the government mental health department handed out cake and tissues, Wimonwan Panyawong, a clinical psychologist who traveled from Bangkok northeast to the region where the shooting occurred, told The Associated Press.

Relatives of the dead waiting outside a morgue Sunday. (AP Photo/Gemunu Amarasinghe)

Paramedics delivered gurneys bearing cloth-shrouded bodies to the morgue of a public hospital and families of the victims waited to fill out paperwork to identify their relatives and receive compensation from the Thai government's criminal victims’ fund.

On Sunday evening, survivors of the shooting returned to the airport-themed shopping mall to pick up their abandoned vehicles left behind as they fled the scene on the previous day. The mall was cleaned up, the lights were on and the shops were left open.

Among the victims: a 13-year-old middle school student who was riding his motorbike when Jakrapanth shot and killed him en route to the mall, and a mother who died with her arms wrapped around her 2-year-old son, as the boy's father collapsed nearby.

Almost 1,000 people gathered at a famous national monument, a statue of Thao Suranari, joined by Buddhist priests leading prayers, as they lit candles and raised them into the sky, a gesture many Buddhists believe would direct souls to heaven.