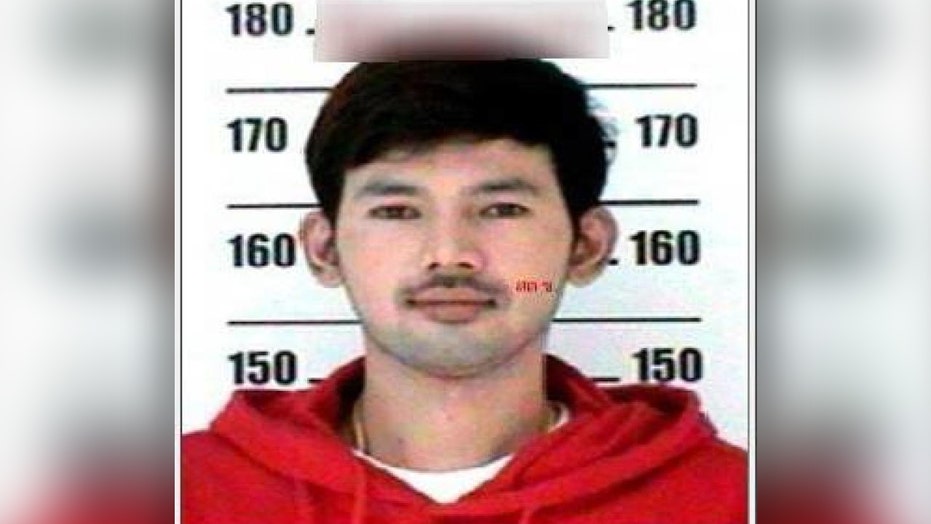 Thai police responded to a fatal shooting at a shopping mall in Bangkok Tuesday, 10 days after a mass shooting at another mall in another part of the country.

“One person died and another was injured,” at the Icon Clinic on the fourth floor of the Century The Movie Plaza, near Victory Monument, Col. Krissana Pattanacharoen told Reuters.

Police identified the victims as Piyanut Chatthai, 28, and Wilasinee Teepan, 29, according to the Bangkok Post, which also reported that the two women worked at the cosmetic clinic in the mall.

Police were looking for Danusorn Numcharoen in the killing of his estranged wife at a mall in Bangkok, Thailand. (Thai Police)

Police said the prime suspect was Danusorn Numcharoen, the estranged husband of Chatthai, the woman who was slain. They had recently separated and were the parents of a boy, according to the paper.

Police launched a manhunt for Numcharoen, who fled the scene on a motorcycle.

Earlier this month, a soldier with a grudge killed 29 people and wounded dozens more at the Terminal 21 Korat Mall in Nakhon Ratchasima. It was Thailand’s deadliest ever mass shooting.

Police sharpshooters killed the gunman 13 hours into the incident.