Australia’s wildfire crisis reached new heights Saturday after it was reported that temperatures in a large suburb in the western part of Sydney reached 120 degrees Fahrenheit, making it the hottest place on Earth.

The nearly 200,000 residents of Penrith experienced the hottest day ever recorded in greater Sydney after temperatures soared to 120 degrees, prompting officials to warn that it's now too dangerous to even evacuate. 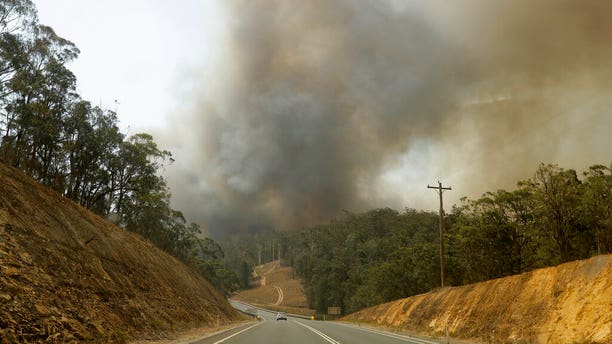 Australia's prime minister called up about 3,000 reservists as the threat of wildfires escalated in at least three states on Saturday, while strong winds and high temperatures were forecast to bring flames to populated areas including the suburbs of Sydney. (AP)

"We are now in a position where we are saying to people it's not safe to move, it's not safe to leave these areas," New South Wales Premier Gladys Berejiklian told reporters. "We are in for a long night and I make no bones about that. We are still yet to hit the worst of it.”

By nightfall, some 3,600 firefighters were battling blazes that continued to burn across the state. 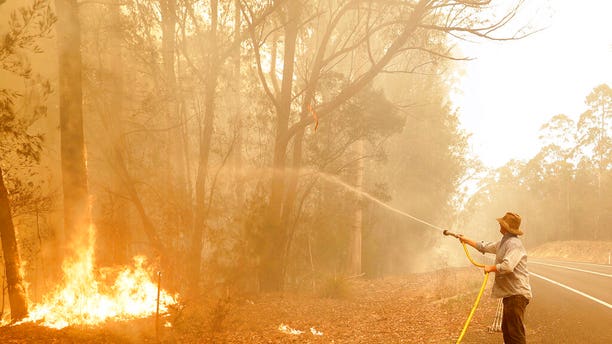 A man uses a water hose to battle a fire near Moruya, Australia, Saturday, Jan. 4, 2020. Australia's Prime Minister Scott Morrison called up about 3,000 reservists as the threat of wildfires escalated Saturday in at least three states with two more deaths, and strong winds and high temperatures were forecast to bring flames to populated areas including the suburbs of Sydney. (AP)

High temperatures, dry heat and strong winds have created the perfect storm to allow the now-more than 200 fires to continue to burn and spread at a rapid speed since the wildfires first began in early Sept.

"The ignition sources are already there," Country Fire Service chief officer Mark Jones said Friday. "There are millions of sparks out there ready to go if they break containment lines." 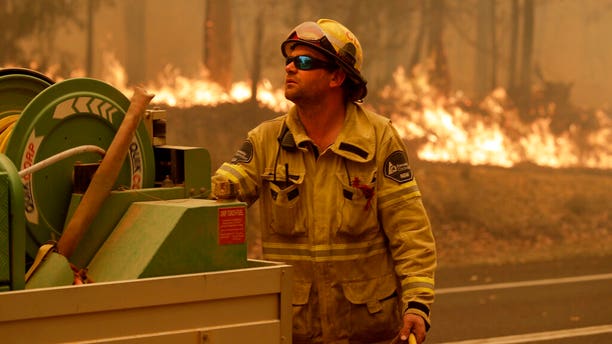 A Forest Corporation worker manages a fire hose as he battles a fire near Moruya, Australia, Saturday, Jan. 4, 2020.  (AP)

Video and images shared on social media showed blood red skies taking over Mallacoota, a coastal town in Victoria where as many as 4,000 residents and tourists were forced to shelter on beaches as the navy tried to evacuate as many people as possible. 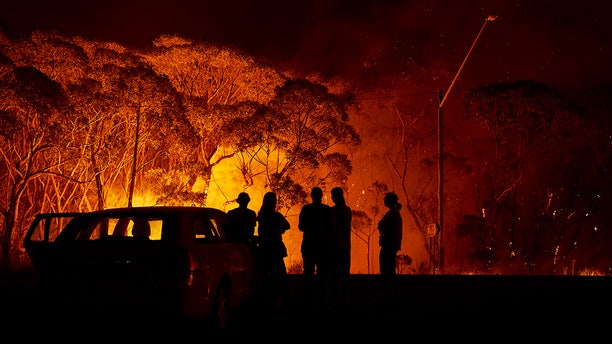 Residents look on as flames burn through bush on January 04, 2020 in Lake Tabourie, Australia. A state of emergency has been declared across NSW with dangerous fire conditions forecast for Saturday, as more than 140 bushfires continue to burn. There have been eight confirmed deaths in NSW since Monday 30 December. 1365 homes have been lost, while 3.6 million hectares have been burnt this fire season.  (Getty)

Kangaroo Island, which lies just off the coast of South Australia, has seen some of the worst destruction to land and wildlife.

One man shared a video to Facebook Thursday that showed fire tornadoes that were forming due to the strong winds.

“Here’s another fire twister on Kangaroo Island this afternoon. We had a fair few of them today and it wasn’t even a hot day,” his post read.

A father and son, 78 and 43, died on the island Saturday bringing the total death count up to at least 23, Prime Minister Scott Morrison said.

"We are facing another extremely difficult next 24 hours,” Morrison said at a televised news conference where he announced that about 3,000 reservists have been called up to battles the wildfires. 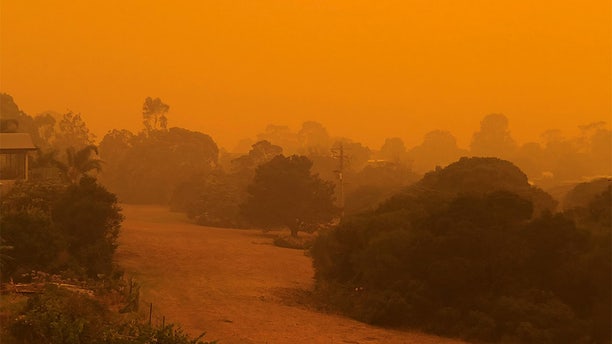 The sky glows orange as surrounding wildfires close in on the town of Mallacoota, Victoria, Australia, January 4, 2020, in this photo obtained from social media.  (@brendanh_au/via REUTERS)

“In recent times, particularly over the course of the balance of this week, we have seen this disaster escalate to an entirely new level."

Defense Minister Linda Reynolds said it was the first time that reservists had been called up "in this way in living memory and, in fact, I believe for the first time in our nation's history.”

An early and hot start to Australia’s summer has contributed to the wildfires which have now burned more than 12.35 million acres of land and destroyed more than 1,500 homes.

In addition to the loss of human life, Australia’s wildlife has been heavily impacted.

Sydney University ecologist Chris Dickman told the Sydney Morning Herald that it is likely that 500 million birds, reptiles and mammals in New South Wales alone have been killed in the fires. This excludes frogs, bats and insects which he said would make his estimate far greater than that.