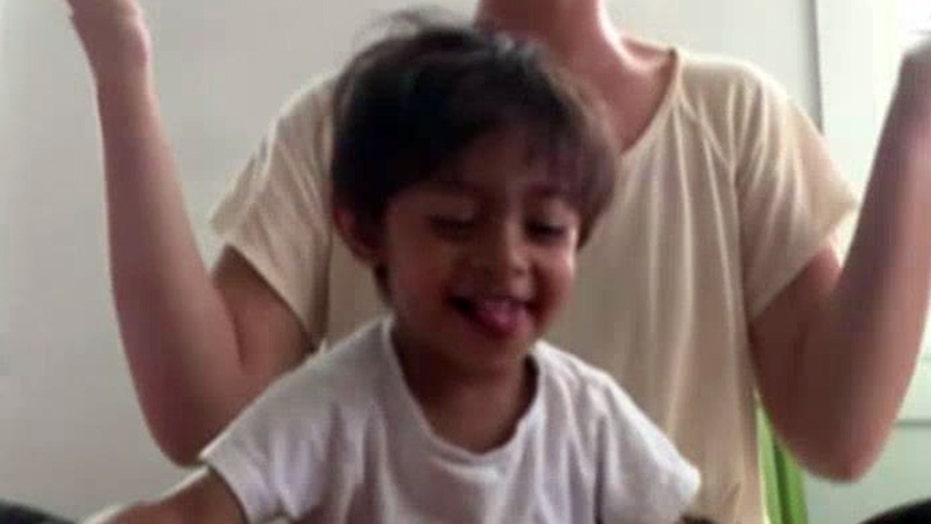 Plane turned around, taxied back to gate

A suspect item was found on a beach on Reunion Island on Sunday, days after a possible wing part, possibly from the missing MH370 plane, was found last week, Fox News confirms.

Reunion police arrived at the beach south of St. Denis and carried the item away in a 1 square foot metal container. The beach is eight miles from where a potential plane piece was found on Wednesday.

Reunion police didn’t comment on the find. Government officials told Fox News they will be releasing a statement later on Sunday.

The object also had some writing on it and possibly an illustration.

The suspect item could be the second piece of debris found from a Boeing 777 and possibly connected to the ill-fated Malaysia Airlines Flight 370. The plane, flying from Kuala Lampur to Beijing, disappeared in March 2014 with 239 passengers on board.

Air accident experts are examining the debris found on Wednesday in France to determine whether it belongs to the doomed flight.

"In the aeronautic community there is no (doubt) on the issue of what the debris belongs to. We are all convinced that it belongs to this flight (370)," said aviation security expert Christophe Naudin on France's BFM-TV on Saturday.

He said only three 777s have crashed since 2013 and the other two were in completely different locations.

"One is in the United States, one in Ukraine, and this one in the Indian Ocean," he said.

Under a microscope and expert eyes, the wing fragment that washed up on the beach of the volcanic island could yield clues not just to its path through the Indian Ocean, but also to what happened to the airplane.

Analysts at the French aviation laboratory hope to glean details from metal stress to see what caused the flap to break off, spot explosive or other chemical traces, and study the sea life that made its home on the wing to pinpoint where it came from.

Even if the piece is confirmed to be wreckage from Flight 370, there's no guarantee that investigators can find the plane's vital black box recorders or other debris. A multinational search effort has so far come up empty.