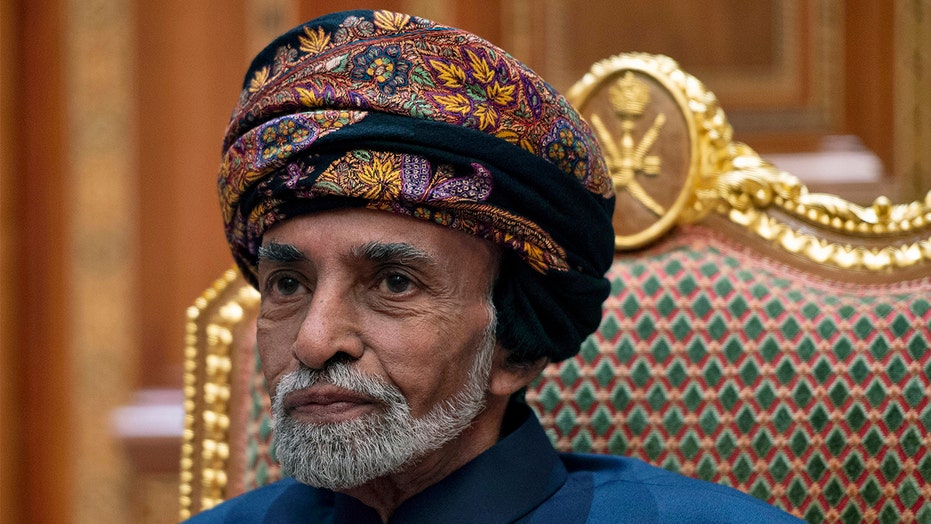 The Sultan of Oman, Qaboos bin Said, who seized power during a 1970s palace coup, passed away at the age of 79 on Saturday, according to the country's state-run news agency. His cause of death was not announced.

Sultan Qaboos, who never had any children and didn't name an heir, was the Middle East's longest-ruling monarch and was known for his ability to balance diplomatic relations with Iran and the United States, The Associated Press reported.

He was British-educated and is reportedly credited with helping modernize Oman, and with assisting the U.S. in freeing captives from Iran and Yemen. He also made Oman a more friendly tourist destination for foreigners who wished to visit.

President Trump expressed sadness at the passing of Sultan Qaboos and offered his condolences to the whole country. He further praised him for bringing a steady hand and peaceful nature to the global stage, referring to him as a "true partner" of the U.S.

"Melania and I were very saddened to learn of the passing of Sultan Qaboos bin Sa’id Al Sa’id.  We offer our deepest condolences to the people of Oman," Trump said in a statement. "As the longest-serving leader in the Middle East, Sultan Qaboos brought peace and prosperity to his country and was a friend to all.  His unprecedented efforts to engage in dialogue and achieve peace in the region showed us the importance of listening to all viewpoints."

"Sultan Qaboos was a true partner and friend to the United States, working with nine different American presidents," he continued. "We will honor his memory by continuing to strengthen the partnership between the United States and Oman.  Sultan Qaboos will truly be missed.  Let us take comfort in knowing that his powerful legacy will live on."

Defense Secretary Mark Esper also released a statement on Sultan Qaboos' passing and said America joins the rest of the world in mourning his death. He also highlighted the sultan's efforts to fight terrorism and promote regional stability.

"We learn with deep sadness of the passing of His Majesty Sultan Qaboos bin Said of Oman, a respected friend, and partner of the United States. We join countless nations of the world to mourn the monumental loss of a force of nature and true advocate for peace and stability in the Middle East for close to a half-century," Esper said in a statement.

"The Sultan led the Omani people into the 21st century, pursuing bold changes domestically and engaging, new and old, in the region and across the world, often offering his hand in mediation and friendship," Esper continued. "Under the Sultan's steady leadership, Oman and its Royal Forces worked closely with U.S. forces to counter-terrorism, ensure the freedom of navigation in the Strait of Hormuz, and promote regional stability and security."

He added, "We are grateful for His Majesty's 'strong commitment to regional security and will honor his legacy through our continued strong defense partnership with Oman."