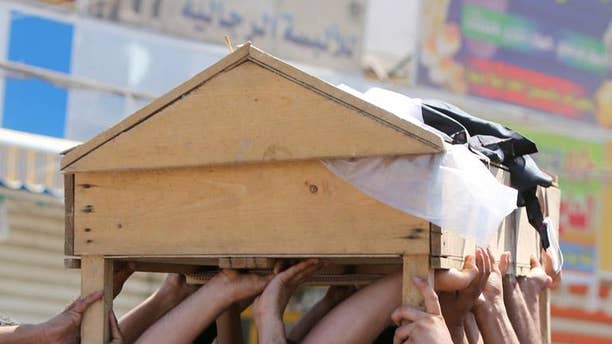 A Shiite funeral at a mosque in Baghdad (AFP)

A suicide bomber targeted mourners at a Shiite mosque south of Baghdad on Sunday, killing 24 people, police and a doctor said, the latest in a series of funeral attacks.

The attack against Al-Hussein Mosque in the Musayyib area also wounded 27 people, the sources said.