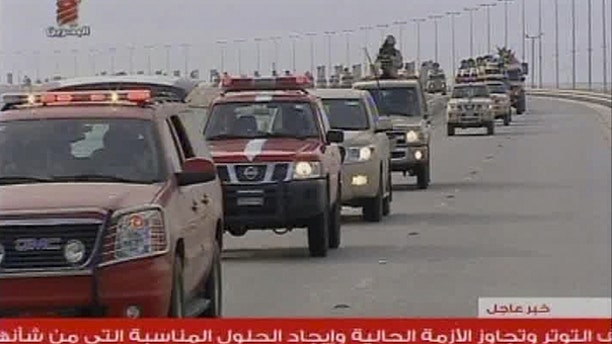 WASHINGTON -- The State Department on Monday urged U.S. citizens to avoid traveling to Bahrain due to "the potential for ongoing political and civil unrest."

The department also authorized the voluntary departure of eligible family members of U.S. Embassy staff, and advised other Americans currently in Bahrain to consider leaving.

Bahrain has been swept up in the wave of protests that have arisen in the Arab world since December. On Monday, a military force from Saudi Arabia and other Gulf nations moved into Bahrain to shore up its Sunni Muslim rulers in the face of escalating Shiite-led protests.

"While demonstrations have not been directed toward Westerners, U.S. citizens are urged to remain alert to local security developments and to be vigilant regarding their personal security," the State Department said in its travel warning, upgraded from an earlier travel alert.

The U.S. also urged Americans "to avoid all demonstrations, as even peaceful ones can quickly become unruly and a foreigner could become a target of harassment or worse."