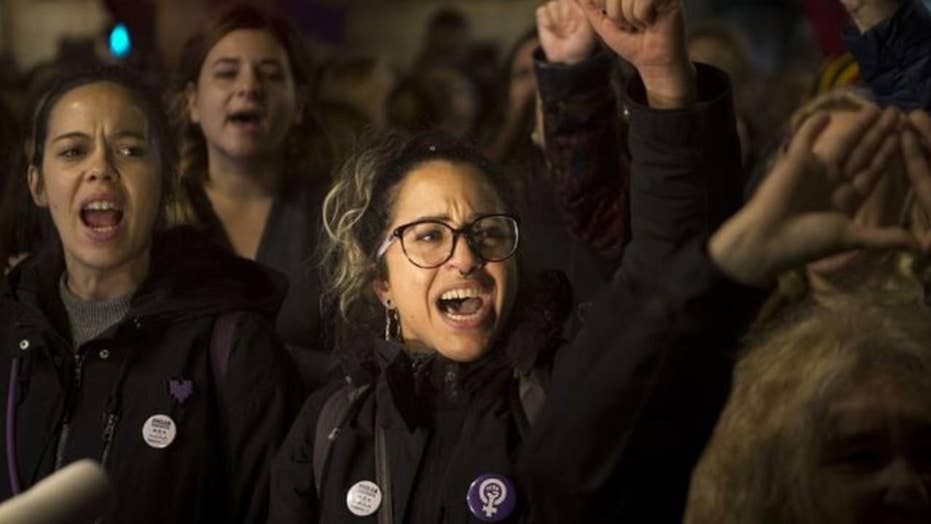 The U.S. Embassy in Spain has issued a new security alert warning Americans about the “steady increase” in the number of sexual assaults in the country over the past five years.

The figures, based on information provided by the Spanish Ministry of Interior, “includes a rise in sexual assault against young U.S. citizen visitors and students throughout Spain,” the embassy says.

“U.S. citizen victims of sexual assault in Spain can find it very difficult to navigate the local criminal justice system, which differs significantly from the U.S. system,” the message states.

A protester with her mouth covered with tape holds a placard during a demonstration against a Spanish court which sentenced five of six men accused of gang-raping a 14-year-old girl to 10 to 12 years in prison for sexually abusing the minor, but acquitted them of rape, outside the Justice Ministry in Madrid, Spain, in November 2019. (Reuters)

American officials are advising citizens to drink responsibly and travel with friends or family members.

Last month, three U.S. women in the city of Murcia alleged that they were sexually assaulted at a New Year’s Eve party, the BBC reported, citing the El Pais newspaper.

In November, the streets of Spain were filled with protesters – mostly women of all ages – as they demanded the country’s laws be changed after five men were acquitted of raping an unconscious 14-year-old girl.

The court found that because the victim had drunk alcohol and smoked marijuana before the attack, she “could not accept or reject the sexual relations.” The men, it said, were therefore able to have sex with her without using violence or intimidation – an element required under Spanish law for a crime to be a sexual assault or rape.