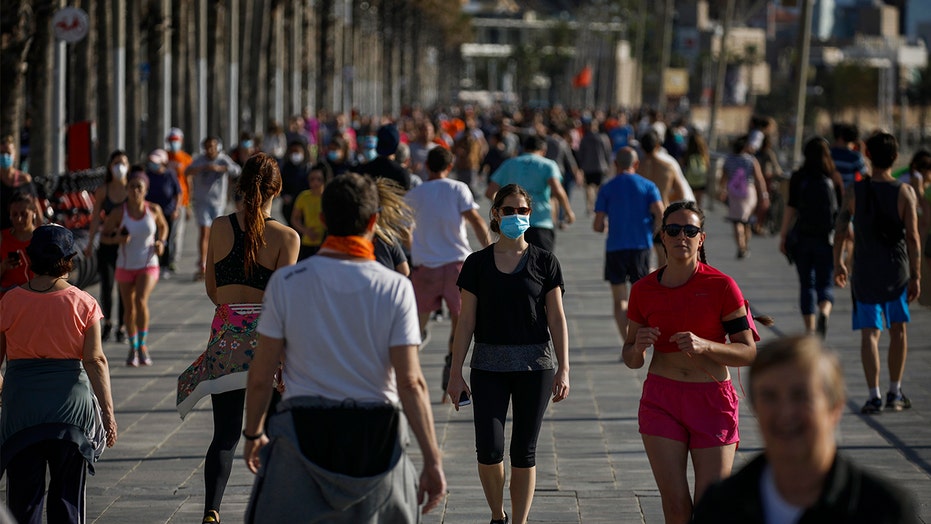 New coronavirus cases in Spain have steadily increased since the country eased lockdown measures on June 21, but the country is now seeing daily coronavirus figures similar to April, when the country starting flattening the curve.

Spain reported over 5,700 new cases Tuesday and more than 8,500 cases Monday, according to John Hopkins University data. A reported 60 percent of the country’s new cases have come out of Madrid and Aragon, a region located in the north east.

Spain was largely able to staunch the spread of the virus between the months of May and June, but by early July, new daily coronavirus cases were increasing, contributing to the country’s nearly 306,000 confirmed cases and 28,500 dead.

Several regions have imposed new restrictions as cases have again begun to spike.

Officials in the Catalonia region where Barcelona is located, and which borders Aragon, have re-established temporary strict measures by targeting bars and nightclubs throughout Catalonia and pinpointing “hot zones” where the virus is spiking.

A midnight curfew has been placed on all bars, and nightclubs have been completely shut down for 15 days in an attempt to curb the rising infection rate.

Catalonia was the first region to make face mask mandatory in public areas, regardless of the amount of distance between individuals, as well as limiting groups in Barcelona to 10 or less.

Barcelona police have issued temporary shutdowns on beaches when people have neglected to abide by social distancing protocols, even after lockdown restrictions were lifted.  Authorities have also issued requests for people to remain in their homes if they can, as cases start to rise again.

Spain, which has a population of 47 million, is ranked 12th in the world for the highest number of recorded infections, and reported its highest daily infection rate since mid-April, Monday.

Other countries in Europe are bracing for what some fear is the second wave of the coronavirus pandemic.

Spanish authorities have not yet issued any lasting lockdown measures as originally instated earlier this year, but continue to watch the daily data.