Socialite Jasmine Hartin checked into a Belize police station as part of her bail conditions this week — strolling right past a shrine to the cop she is charged with shooting dead, photos obtained Friday by The Post show.

Hartin — the common-law wife of British billionaire Lord Michael Ashcroft’s son — was filmed arriving at San Pedro police station at 7 a.m. Thursday, the morning after she was sprung on bail from Belize Central Prison.

As she walked out with an armed guard by her side, she strode inches away from a shrine for the station’s late commanding officer, Superintendent Henry Jemmott, who was found dead in the water late last month.

Hartin is charged with his manslaughter after officials said she allegedly confessed to accidentally shooting the cop — a close family friend — while handing him his Glock as they defied a curfew and drank together on a pier. 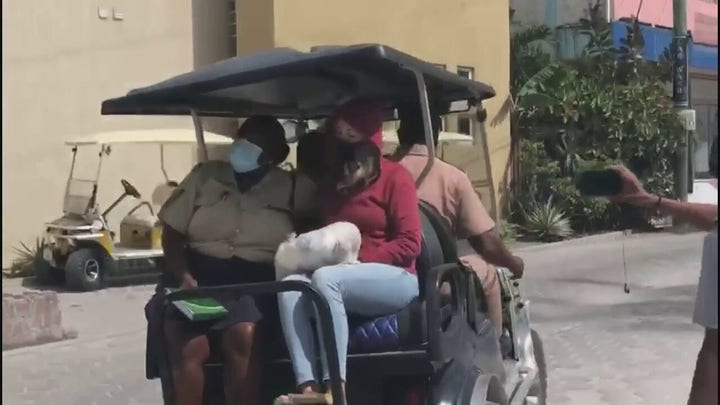 He reportedly fell on top of her and then into the water as she wriggled to get free.

On Thursday, Hartin had little choice but to notice the shrine on a white-covered table right outside the station. It featured two photographs of Jemmott, as well as an open Bible and religious candles, photos show.

It is likely to become a near-constant reminder for the mother of 4-year-old twins because her $15,000 bail conditions order her to check in to the station daily. She was also required to surrender her passport and ID, and submit travel requests to authorities.

She is charged with manslaughter by negligence, which reportedly rarely carries a prison sentence and is more likely to end in a fine if she pleads guilty, local media has said.