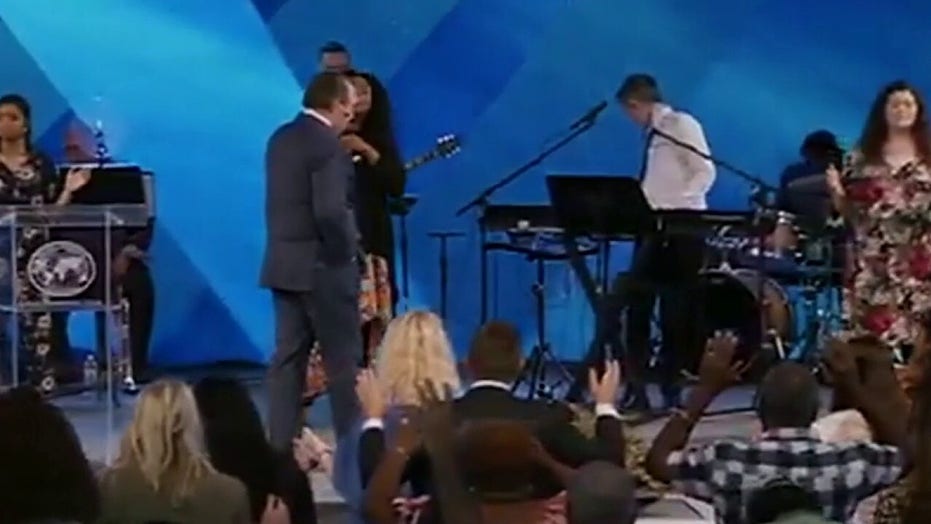 Some churches remaining opening during the coronavirus pandemic argue that the government does not have the right to stop their religious authority; Lauren Green reports.

It’s the biggest holy convergence in the Muslim world, but as the coronavirus pandemic continues to surge around the Middle East and around the world, Saudi Arabia has called on pilgrims to halt booking for the hajj amid the uncertainty.

On Wednesday, Hajj Minister Mohammed Banten stated that the Kingdom was concerned about the safety of the millions endeavoring to make the treks to Mecca and Medina, and urged people to “wait before concluding contracts,” according to the BBC.

Sept. 11, 2016: Hundreds of thousands of Muslim pilgrims pray outside Namira Mosque in Arafat, during the annual hajj pilgrimage, near the holy city of Mecca, Saudi Arabia. (AP Photo/Nariman El-Mofty) (The Associated Press)

The annual event typically draws around 2 million Muslims from across the globe and is slated to take place throughout July and August. While it is yet to be canceled, Saudi officials did call off the Umra – a somewhat shorter holy expedition to Mecca – which worshippers are normally permitted to do throughout the year.

The hajj is one of the five pillars of Islam and is deemed a mandatory act of worship for all financially and physically capable adult Muslims, of all sects, to complete at least once in the span of their lives.

The hajj is a physically demanding and often costly pilgrimage that draws the faithful from around the world.

The Middle East has over 75,000 confirmed cases of the virus, most of those in Iran, and over 3,400 deaths. Iran’s health ministry spokesman, Kianoush Jahanpour, said Wednesday that the virus had killed another 138 people, pushing the country's death toll to 3,036 amid 47,593 confirmed cases.