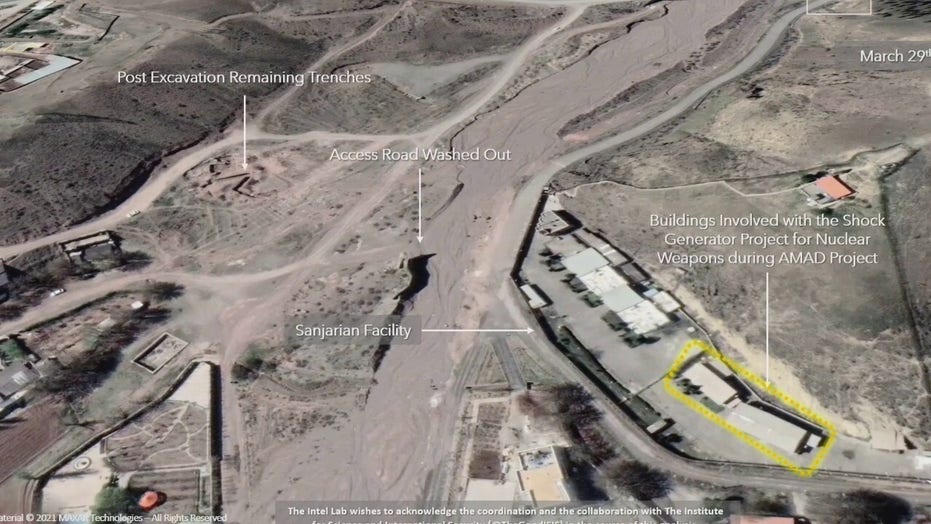 During a crucial IAEA board meeting in Vienna, the U.S. accused Iran of violating the very nuclear deal that U.S. negotiators are trying to reinstate.

"Since this Board last met, Iran has also exceeded JCPOA constraints by enriching uranium to 60 percent U-235," the U.S. delegation said in a statement.

The head of the U.N. nuclear watchdog, Rafael Grossi, issued a similar warning. "My expectations about this process, of course, were not met," the International Atomic Energy Agency (IAEA) director said. "We have a country that has a very developed and ambitious nuclear program, which is enriching at very high levels, enriching uranium at very high levels, very close to weapons-grade."

The head of the IAEA said it is no longer possible to say for certain that Iran is not pursuing nuclear weapons, chastising Tehran for failing to answer questions about the discovery of uranium particles at former undeclared nuclear sites.

"The Iranian government has reiterated its will to engage and to cooperate and to provide answers," Grossi said. "But they haven't done that so far. So I hope this may change, but as we speak, we haven't had any concrete progress on any of the issues."

The IAEA agreed to extend a monitoring arrangement for a month until after Iran's presidential election, as U.S. and Iranian negotiators prepare to sit down and try to hammer out a new nuclear deal.

New activity at known Iranian nuclear sites worries those seeking a new nuclear deal. A sixth round of indirect talks about a return to the JCPOA is slated for Thursday.

"We don't know, at this stage, whether Iran is willing and able to do what it would need to do to come back into compliance," Secretary of State Antony Blinken told U.S. lawmakers. "I would anticipate that even in the event of a return to compliance with the JCPOA, hundreds of sanctions will remain in place, including sanctions imposed by the Trump administration. If they are not inconsistent with the JCPOA, they will remain unless and until Iran's behavior changes."

Fox News has obtained new satellite images that show unusual activity at Iran’s Sanjarian site, which has been exposed in the past as a suspected manufacturing site for "shock wave generators" – devices which would allow Iran to miniaturize a nuclear weapon.

The new images obtained from Maxar show 18 vehicles at the site on October 15, 2020, more vehicles and excavation in January along with a new access road that was later covered up in March of this year. All that is visible by satellite now are excavation swirls and new trenches, according to analysis from Itay Bar-Lev of The Intel Lab who worked in conjunction with the Institute for Science and International Security.

Shahrokh Nazemi, an official with Iran's Permanent Mission to the U.N., dismissed the images, saying they are from the filming of a TV show. Nazemi told Fox News, "I can add that in general, Iran is not only aware of its commitments under the [Non-Proliferation Treaty and Joint Comprehensive Plan of Action], but it also adheres to them. This applies to any nuclear activity, of which IAEA inspectors are, per our obligations, fully aware."

After publication, the Institute for Science and International Security acknowledged that some of the facility had been used in the filming of a TV series, but said that it is "not clear" if the trenches were dug solely for the show.

Bar-Lev said The Intel Lab stands by its analysis, adding that "the movie set has been identified as a cover-up, scenes inside the mine depicted in the series were filmed nearby the excavation or in the village itself."

The images underscore the need for the International Atomic Energy Agency to inspect the location, according to David Albright and Sarah Burkhard of the Institute for Science and International Security.

The site, which is 25 miles outside Tehran and has a population of 361, was first revealed the National Council of Resistance of Iran. In 2018, Israel's Mossad obtained Iran's secret nuclear archive: 50,000 computer files and 50,000 documents outlining Iran's Amad project, the scientific program to build a nuclear weapon which the IAEA says was halted in 2003.

Israel says Iran's pursuit of a nuclear weapons continues. Now the IAEA — frustrated by Iran's lack of transparency — says it can't rule that out.