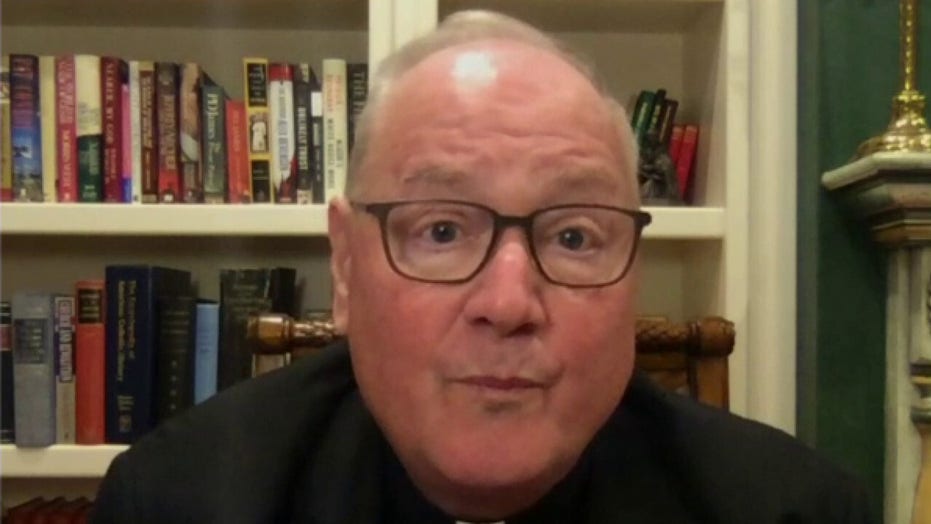 Archbishop of New York Timothy Cardinal Dolan on where to find God during the coronavirus pandemic.

The 100th anniversary of the birth of Saint John Paul II has been somewhat marred in his native Poland after the country's most senior member of the Catholic Church asked the Vatican to investigate a Polish bishop accused of protecting priests known to have sexually abused children.

Archbishop Wojciech Polak, the most senior member of Poland’s Catholic Church, asked the Vatican on Saturday to “launch proceedings” into the findings of a new documentary. In March 2019, Pope Francis established a new reporting framework to prevent and counter abuses against minors and vulnerable persons.

The film “Hide and Seek," by brothers Tomasz and Marek Sekielski, was released earlier Saturday and explores how bishop Edward Janiak, based in the city of Kalisz, allegedly failed to take action against priests reported to have sexually abused children, according to Reuters.

Archbishop Wojciech Polak speaks with media representatives after extraordinary sitting of Polish bishops, to discuss steps the Catholic Church in Poland should take to tackle the problem of pedophilia, at the Polish Episcopate headquarters in Warsaw, Poland May 22, 2019. (Agencja Gazeta/Slawomir Kaminski/via Reuters)

The documentary, as of Sunday, has more than 1.9 million views on YouTube, the BBC reported.

In a video broadcast by the Catholic news agency KAI, Polak said the film “shows that protection standards for children and adolescents in the church were not respected,” The Guardian reported.

“I ask priests, nuns, parents and educators to not be led by the false logic of shielding the Church, effectively hiding sexual abusers,” Polak said in another statement published Saturday, according to Reuters. “There is no place among the clergy to sexually abuse minors. We do not allow for the hiding of these crimes.”

This comes as churches across Poland have scheduled Sunday Masses, as well as online events and concerts due to the coronavirus pandemic, to celebrate Saint John Paul II. The centenary of his birth is Monday.

The first non-Italian pope in more than 450 years, he took the helm of the Catholic Church in 1978 until his death in 2005 and remains widely revered in his native Poland, where he’s credited to helping foster the belief in the 1980s that an end to the communist regime was possible, the BBC reported.

He was canonized, or officially became a saint, in 2014. The ruling nationalist Law and Justice party in Poland still has close ties to the church and promotes Catholic values.

“Tomorrow will be the centenary of the birth of Saint John Paul II, in Wadowice, Poland,” Pope Francis said Sunday in a livestream address to the Apostolic Library after praying the Regina Caeli.

“From Heaven, may he continue to intercede for the People of God and peace in the world,” the pope said, inviting Christians to remember Saint John Paul II "with great affection and gratitude."

(File photo from 1982) Close-up of Pope John Paul II sitting on a chair, wearing red robes with a portrait of the St. Theresa of Avila in the background during his visit to Avila, Spain.

Pope Francis announced that Masses could resume in person in Italy for the first time since the pandemic began starting Monday, Vatican News reported. He said he will host a Monday morning Mass broadcast by World Vision from the same altar where Saint John Paul II’s remains lie in rest in Saint Peter’s Basilica.

“I share in the joy of the communities that can finally reunite as liturgical assemblies, a sign of hope for all society,” the pope said.

The Sekielski brothers released a film last May titled “Tell No One,” which alleges that known pedophiles were deliberately shuffled between parishes. That documentary has more than 23 million views on YouTube.

Though the first two films do not explore Saint John Paul II’s involvement in alleged cover-up schemes, the filmmakers said they plan to release a third focused on the “role of John Paul II in the dissimulation of crimes committed by priests,” The Guardian reported.