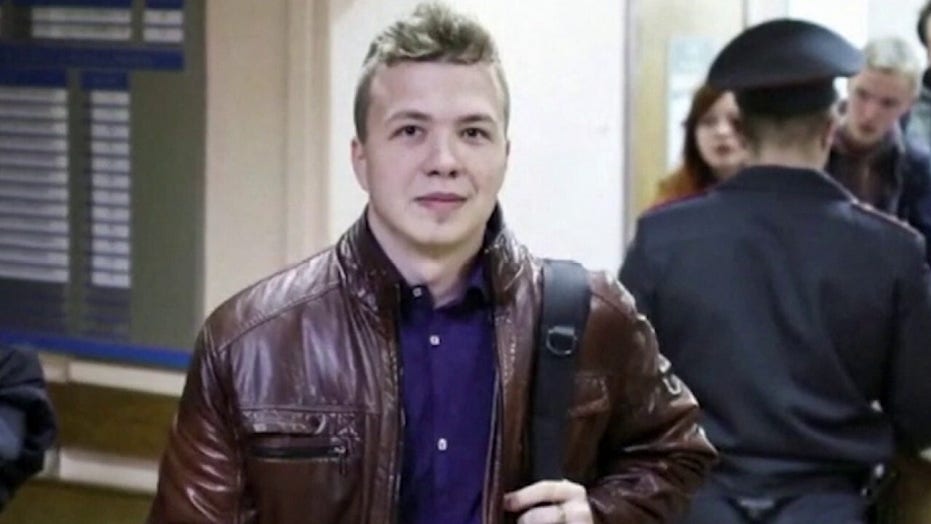 Belarus could face sanctions over jetliner diversion, arrest of journalist

A Ryanair flight from Ireland to Poland made an emergency landing in Germany on Sunday over a possible threat on the aircraft, the airline confirmed to Fox News.

The crew of the flight from Dublin to Krakow was told by German authorities about "a potential security threat on board," according to Ryanair, before the "captain followed procedures and diverted to the nearest airport, Berlin."

The statement by the airline did not confirm the exact nature of the threat. Polish outlet RMF 24 reported that it was a false alarm about a bomb.

The incident on Sunday comes one week after another Ryanair flight was forced to land in Belarus by authorities who allegedly called in a false bomb threat in order to arrest a passenger who was an opposition journalist to the authoritarian regime in the country. There is no apparent connection between the two incidents. The German government has been one of several harshly critical of the tactics of the Belarusian government, run by president and Putin ally Alexander Lukashenko.

Bergamo, Italy - March 18, 2016: Ryanair B737 taxiing to depart at Bergamo-Orio al Serio International Airport. A Ryanair flight from Dublin, Ireland to Krakow, Poland Sunday was diverted to Berlin, Germany due to a "potential security threat on board." Ryanair is the largest low-cost European airline by scheduled passengers carried.

WHAT WAS BEHIND A JET'S DIVERSION TO BELARUS?

Of the more recent Sunday incident, Ryanair said: "The aircraft landed safely and passengers were offloaded to facilitate extensive security checks of passengers and all baggage."

"Once cleared by German authorities, passengers travelled onwards to Krakow on a spare Ryanair aircraft after a delay on the ground of approx. 8 hrs," Ryanair added. "Ryanair apologises sincerely to all affected passengers for this unavoidable delay, which was outside the airline’s control."

The airline also said that the passengers on a return flight scheduled from Krakow to Dublin were flown on a spare plane and were delayed "less than 15 mins."