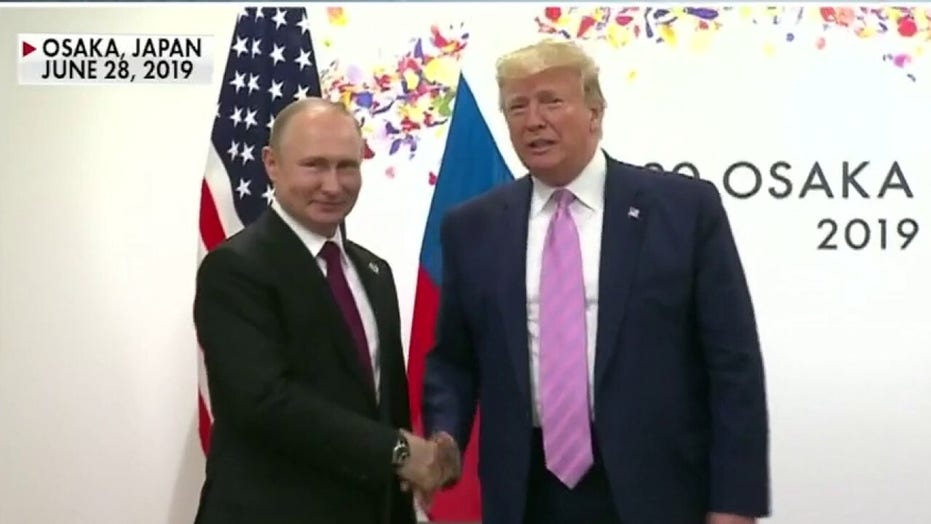 Russian voters on Wednesday overwhelming approved amendments to Russia’s constitution that will keep President Vladimir Putin in power until 2036, concluding a weeklong vote that critics say was marred by pressure on voters and other irregularities.

A massive propaganda campaign and the opposition's failure to mount a coordinated challenge helped Putin get the result he wanted, but the referendum could end up eroding his position because of the unconventional methods used to boost participation and the dubious legal basis for the balloting.

Russian President Vladimir Putin shows his passport to a member of an election commission as he arrives to take part in voting at a polling station in Moscow, Russia, Wednesday, July 1, 2020.  (Kremlin Pool Photo via AP)

Analyst Gleb Pavlovsky, a former Kremlin political consultant, said Putin's push to hold the vote, despite the fact that Russia has thousands of new coronavirus infections each day, reflected his potential vulnerabilities.

"Putin lacks confidence in his inner circle and he's worried about the future," Pavlovsky said. "He wants an irrefutable proof of public support."

Even though the parliament's approval of the changes was enough to make it law, the 67-year-old Russian president put his constitutional plan to voters to showcase his broad support and add a democratic veneer to them. But then the coronavirus pandemic engulfed Russia, forcing him to postpone the April 22 vote.

In Moscow, several activists briefly lay on Red Square, forming the number "2036" with their bodies in protest before police stopped them. Some others in Moscow and St. Petersburg staged one-person pickets and police didn't intervene.

Authorities mounted a sweeping effort to persuade teachers, doctors, workers at public-sector enterprises and others who are paid by the state to cast ballots. Reports surfaced from across the vast country of managers coercing people to vote.

JAMES CARAFANO: ON RUSSIAN BOUNTIES, TRUMP'S RECORD PROVES HE WOULD HAVE ACTED IF GIVEN SOLID INTELLIGENCE

Kremlin critics and independent monitors pointed out that the pressure on voters, coupled with new opportunities for manipulations from a week of early voting when ballot boxes stood unattended at night, eroded the standards of voting to a new low.

Many criticized the Kremlin for lumping more than 200 proposed amendments together in one package without giving voters a chance to differentiate among them.

"I voted against the new amendments to the constitution because it all looks like a circus," said Yelena Zorkina, 45, after voting in St. Petersburg. "How can people vote for the whole thing if they agree with some amendments but disagree with the others?"

Putin supporters were not discouraged by being unable to vote separately on the proposed changes. Taisia Fyodorova, a 69-year-old retiree in St. Petersburg, said she voted yes "because I trust our government and the president."

Members of an election commission, wearing face masks and gloves to protect against coronavirus, prepare to count ballots after voting at a polling station in eastern Siberian city of Chita, Russia, July 1, 2020.  (AP)

In a frantic effort to get the vote, polling station workers set up ballot boxes in courtyards and playgrounds, on tree stumps and even in car trunks — unlikely settings derided on social media that made it impossible to ensure a clean vote. At the same time, monitoring the vote became more challenging due to hygiene requirements and more arcane rules for election observers.

Observers warned that the new dubious methods used by authorities to boost turnout, combined with numerous bureaucratic hurdles that hindered independent monitoring, would undermine the legitimacy of the vote.