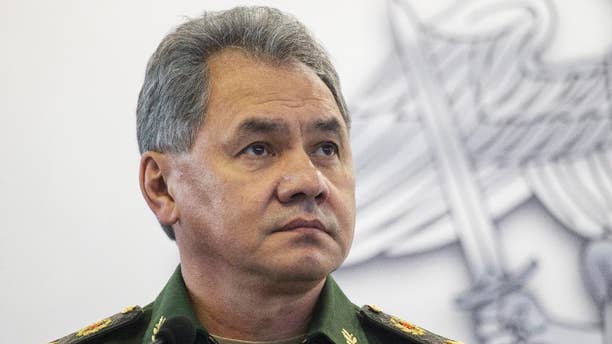 FILE In this file photo taken on Monday, Oct. 5, 2015, Russian Defence Minister Sergei Shoigu attends an opening ceremony during an Innovation exhibition of the Russian Defense Ministry in Kubinka outside Moscow, Russia. Shoigu said Friday, March 25, 2016 that NATO's moves to build up its military forces near Russia's borders has caused Moscow's concern and required a response. (AP Photo/Pavel Golovkin, File) (The Associated Press)

Russia says it will beef up its military forces from its western border to the Pacific islands amid ongoing strains with the West.

Defense Minister Sergei Shoigu said the deployment of NATO's forces near Russia's borders merits a response. He said new units in the Western Military District, including two new divisions, will be formed.

As part of the buildup in western Russia, he said Friday that military forces there will receive 1,100 new weapons systems, including aircraft, military helicopters, tanks and other armored vehicles.

In far east, the military will deploy state-of-the art Bal and Bastion anti-ship missile systems to the southern Kurils, a group of islands that Japan claims as its own. Shoigu said Russia is also mulling the possibility of setting up a naval base there.