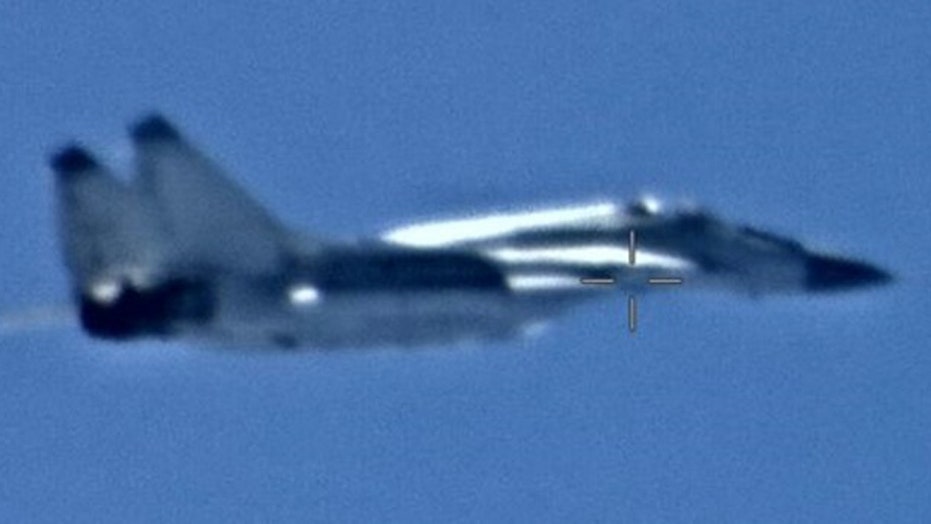 The U.S. military announced Tuesday that Russian fighter jets have deployed to Libya to support Moscow’s private military contractors against the United Nations-backed government in Tripoli.

The aircraft departed from an airbase in Russia via Syria, where they “were repainted to camouflage their Russian origin,” before arriving in Libya, a statement from U.S. Africa Command said.

The fighter jets were sent to provide “close air support and offensive fires” for the Wagner Group PMC, Russian state-sponsored private military contractors carrying out deadly force alongside rebel commander Khalifa Hifter’s Libyan National Army in their fight against the U.N.-recognized Government of National Accord, the statement continued.

Russian fighter jets were recently deployed to Libya in order to support Russian state-sponsored private military contractors (PMCs) operating on the ground there. (Photo taken and uploaded to DVIDS on May 26, 2020)

"Russia is clearly trying to tip the scales in its favor in Libya. Just like I saw them doing in Syria, they are expanding their military footprint in Africa using government-supported mercenary groups like Wagner," said U.S. Army Gen. Stephen Townsend, commander, U.S. Africa Command. "For too long, Russia has denied the full extent of its involvement in the ongoing Libyan conflict. Well, there is no denying it now."

He continued: "We watched as Russia flew fourth-generation jet fighters to Libya -- every step of the way. Neither the LNA nor private military companies can arm, operate, and sustain these fighters without state support -- support they are getting from Russia."

Satellite images attached to the release showed Russian MiG-29 fighter jets at Al Jufra Air Base, located in the desert about 375 miles from Tripoli.

Libya was plunged into chaos when a NATO-backed uprising toppled longtime dictator Moammar Gadhafi in 2011 under President Obama's administration. The country is now split between a government in the east allied with Hifter and one in Tripoli, in the west, supported by the U.N.

The Russian fighter aircraft arrived in Libya, from an airbase in Russia, after transiting Syria where it is assessed they were repainted to camouflage their Russian origin. (Photo taken and uploaded to DVIDS on May 26, 2020)

Hifter’s self-styled Libyan Arab Armed Forces launched an offensive to capture Tripoli last year, clashing with an array of militias loosely allied with the U.N.-supported but weak government there. Hifter is backed by the United Arab Emirates, Egypt, and Russia, while the Tripoli-allied militias are aided by Turkey, Qatar, and Italy.

The U.S. Africa Command said Tuesday that Russia has used the Wagner Group to “conceal its direct role and to afford Moscow plausible deniability of its malign actions." It added that "Moscow's military actions have prolonged the Libyan conflict and exacerbated casualties and human suffering on both sides.”

In the past two months, Hifter’s forces have lost a string of western towns and a key airbase after Turkey stepped up military support for his rivals, sending drones, air defense systems, armored vehicles, and thousands of Syrian mercenaries, according to the Associated Press.

On Saturday, Hifter warned that his forces would continue fighting and have stepped up airstrikes on Tripoli and its outskirts. The LNA said Friday they were able to repair four fighter jets to return them to action, without saying what kind of aircraft. The rebel army added that they had been grounded for some time, without elaborating.

“The world heard Mr. Hifter declare he was about to unleash a new air campaign. That will be Russian mercenary pilots flying Russian-supplied aircraft to bomb Libyans,” Townsend said Tuesday.

According to the U.S. military, Russia is not interested in what is best for the Libyan people and is instead working to achieve their own strategic goals in the region. Russia’s actions in Libya are expected to only exacerbate instability in the region, which has caused the migration crisis affecting Europe

Secretary of  State Mike Pompeo had a phone call with Libyan Prime Minister Fayez al-Sarraj on Friday to “reiterate U.S. opposition to the continued level of weapons and munitions being brought into the country,” a State Department statement said, according to The Hill.

In a phone call with Turkish President Recep Tayyip Erdogan about Libya on Saturday, President Trump, “reiterated concern over worsening foreign interference in Libya and the need for rapid de-escalation,” according to a statement from the White House.