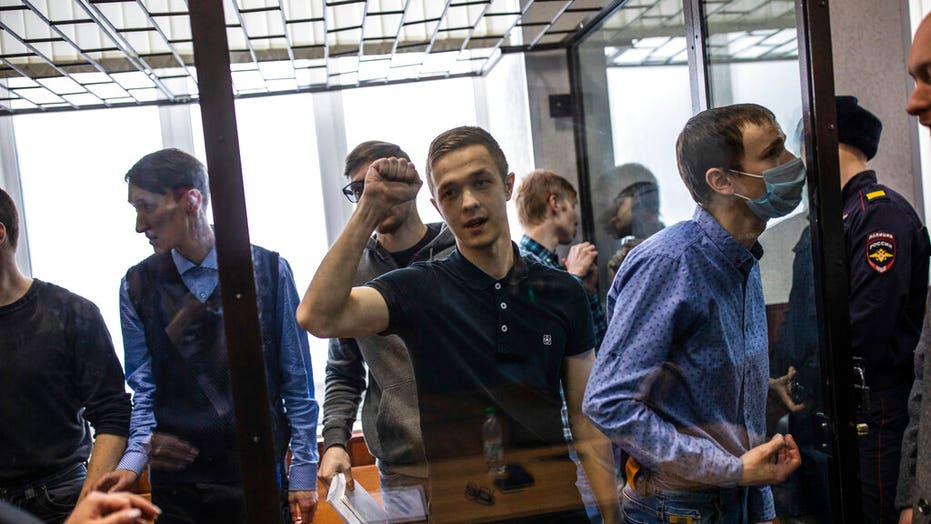 Russian prosecutors on Monday sentenced members of a left-wing youth group to prison terms ranging from six to 18 years on terrorism-related charges, prompting outrage from human rights activists who say that the case is fabricated.

A three-judge panel of a Russian militant court in Penza found the members of the anarchist group “The Network” guilty of membership in a terrorist organization and the illegal trafficking of weapons.

Defense lawyers said they plan on appealing the verdict.

Some of the defendants, aged 23 to 31, initially pleaded guilty to some charges but later said they had given false confessions under torture by electric shock.

Russian investigators had initially accused the group members of preparing to carry out attacks during Russia's March 2018 presidential election and when Russia hosted the World Cup soccer championship later that year but provided no evidence during the trial.

The prosecution charged that the group illegally bought weapons and explosives and conducted training drills as part of a plot to overthrow the government.

Alexei Navalny, Russia's leading opposition figure, denounced the court's verdict as "horrible" and said, "the testimony about a fictitious terrorist organization has been extracted under torture."

“These very young people’s testimony about an imaginary terrorist organization were beaten out using torture,” Navalny said. “Any minister in the Russian government is ten times more of a criminal and a threat to society than these guys.”

“The president has repeatedly looked into this situation and repeatedly ordered everything to be checked thoroughly to make sure everything is in line with the law,” Peskov said.