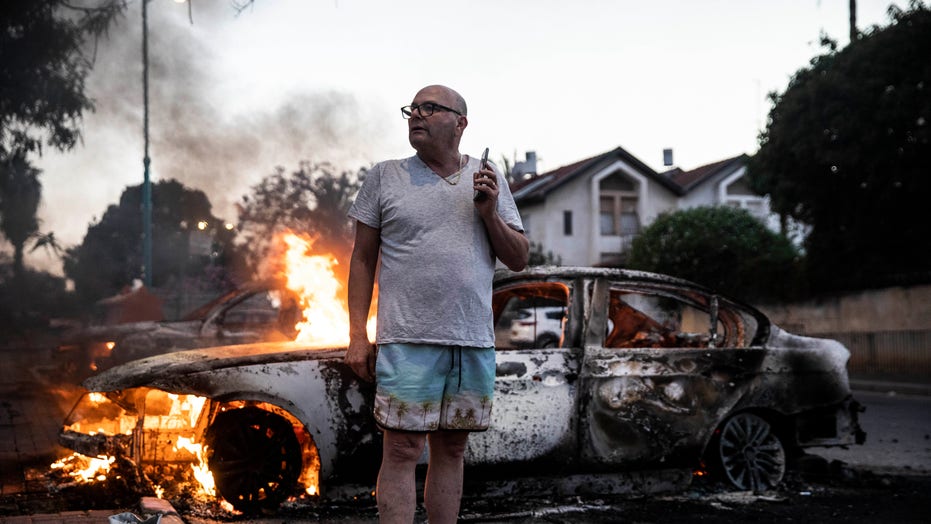 It was some of the most unsettling, if not the worst, unrest since the early 2000s, according to journalist Amotz Eyal, who likened the atmosphere in the mixed Arab and Israeli city of Lod to a warzone.

Mayor Yair Revivo made a televised plea for Prime Minister Benjamin Netanyahu to declare a state of emergency and send in the military to quell violent unrest there.

He likened the unrest to a "civil war" before the government ordered a state of emergency and sent border guards from the West Bank.

Eyal said he witnessed widespread rioting, dozens of burning cars and arson attacks against synagogues and schools in the city, which sits in central Israel.

The Associated Press reported that protesters had burned about 30 vehicles there, including a police car.

Planning for the demonstrations had been underway for months to coincide with an annual celebration in Jerusalem, framing the event as an attempt to seize the Temple Mount, Eyal said.

"This is not going to be over tomorrow," he said. "It will take at least a few days if not more."

At least one person was killed in a shooting, according to the Jerusalem Post, a 33-year-old father of three named Musa Malakh Hassuna. Two others were injured and at least three people were in custody.

It happened as Arab demonstrators were rushing toward a vehicle with a Molotov cocktail, the paper reported, and a Jewish resident opened fire.

Lahav Harkov, a Jerusalem Post correspondent, likened the riots to "basically a pogrom" as demonstrators smashed their way into a Jewish prep school and burned Talmuds inside.

In Ramle, a nearby city, ultranationalist Jewish demonstrators were allegedly filmed attacking Arabs’ vehicles. And in the country’s north, rioters set fire to a Jewish-owned seafood restaurant in Acre.

Jacob Simona stands by his burning car during clashes with Israeli Arabs and police in the Israeli mixed city of Lod, Israel Tuesday, May 11,2021. (AP Photo/Heidi Levine)

Clashes began over the weekend when Palestinian protesters threw rocks at Israeli police at the Al-Aqsa mosque in Jerusalem – then tensions escalated until Hamas was firing rocket barrages and the Israeli military struck back in force.

Even in the U.S., protesters supporting both the Israelis and Palestinians rallied outside the Israeli embassy in New York City Tuesday afternoon.

A man passes by cars torched after a night of violence between Israeli Arab protesters and Israeli police in the mixed Arab-Jewish town of Lod, central Israel, Tuesday, May 11, 2021. (AP Photo/Heidi Levine)

And the Council on American-Islamic Relations joined American Muslims for Palestine to hold a protest outside the White House demanding President Biden "condemn and oppose" Israel’s evictions of Palestinian families in East Jerusalem.

The Biden administration favors a so-called two-state solution to the conflict, which has festered for decades.