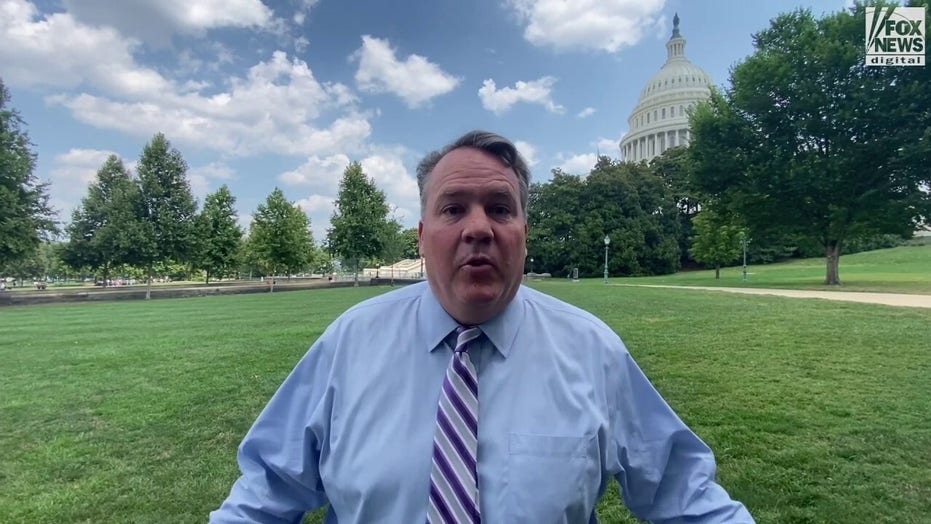 'We need action,": Republicans join protesters outside the U.S. Capitol, rally in support of free Cuba

Politicians and protesters gather outside the U.S. Capitol to hold a press conference in support of a Cuba free of its communist regime

Republican lawmakers joined protesters outside the U.S. Capitol on Tuesday to hold a press conference in support of freeing Cuba from its communist regime.

Sen. Ted Cruz, R-Texas, told Fox News the group was there to speak out for the Cuban people who have been protesting against the Cuban government.

"The incredible heroes and patriots that are taking to the street, risking their lives to speak out against the communist dictatorship," he said.

The Cuban protesters are speaking out "against the oppression, poverty, misery, murder, the torture that has been carried out for decades from the tyrannical Cuban government," Cruz explained.

Many protesters at the event said they were there to demand the Biden administration do more.

One Cuban protester told Fox News that Biden needs to implement "strict measures, something that shakes the government."

"It has to be strong enough to send a strong message over there. The government cannot go and violate those young people's rights, oppressing them," she added

"Show some of that Joe Biden-patented empathy for the people of Cuba. They're looking for it, you can give it," another protester told Fox News.

Rep. Alex Mooney, R-W.Va., said, "Biden has said some words about supporting the people of Cuba and I agree with that, but we need some actions."

"Biden needs to pressure other countries to do what we need to do, and boycott the regime. The regime takes the business, trade and the money and they use it to oppress the people," Mooney explained.

One group that traveled from Florida said they're asking the administration to help free the people. "No vaccines, sending money, or food or things like that, what we need is freedom," the group told Fox News.

"People are dying. Mothers are suffering"….We need help," one of the protesters in the group added.

"The American people stand with the people of Cuba. The world hears you. Your voice will prevail. Liberty will prevail. I believe Cuba will be free," Cruz said.