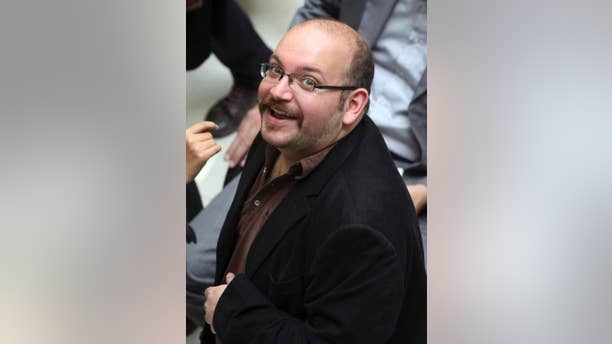 FILE - In this April 11, 2013 file photo, Jason Rezaian, an Iranian-American correspondent for the Washington Post smiles as he attends a presidential campaign of President Hassan Rouhani in Tehran, Iran. The trial of a Washington Post reporter detained in Iran for nearly 10 months will begin next week, a defense lawyer representing the Iranian-American journalist said Tuesday, May 19, 2015. (AP Photo/Vahid Salemi, File) (The Associated Press)

Iran's semi-official Fars news agency says the trial of a Washington Post reporter detained for months will begin next week.

The Tuesday report quotes an unnamed official in the judiciary as saying the first session of the trial of Jason Rezaian will be held next Tuesday. The official did not say whether the hearing would be open to the public.

It said two other suspects who were detained alongside Rezaian on July 22 in Tehran will also be tried.

Rezaian is a dual U.S.-Iranian citizen. Iran does not recognize dual nationality.